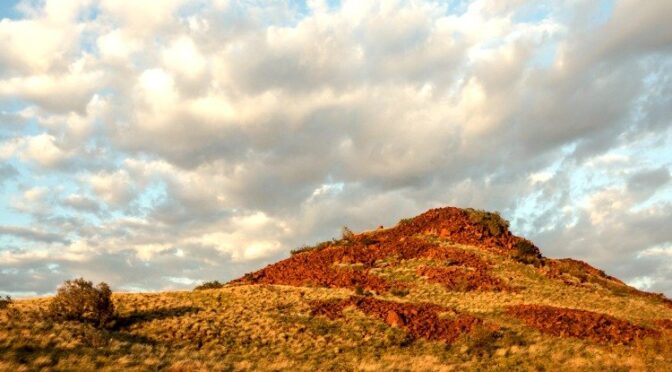 Archaeologists working on the Dampier Archipelago, just off the West Australian coast, have found evidence of stone houses dated to shortly after the last ice age, between 8,000 and 9,000 years ago – making them the oldest houses in Australia.

The Dampier Archipelago is a group of 42 islands, and on one of the islands, the team uncovered knee-high rock walls.

“Excavations on Rosemary Island, one of the outer islands, have uncovered evidence of one of the earliest known domestic structures in Australia, dated between 8,000 and 9,000 years ago,” said lead researcher Jo McDonald, from the University of Western Australia.

“This is an astounding find and has not only enormous scientific significance but will be of great benefit to Aboriginal communities in the area, enhancing their connections to their deep past and cultural heritage.”

The researchers suggest that the structures’ inhabitants used branches or other plant materials to make the roofs. The houses are also quite sophisticated, with multiple ‘rooms’.

“Inside the houses, you have separate areas – it could have been a sleeping area and a working area. There is evidence of people grinding seeds on the rock floors inside the houses as well as shell food remains,” McDonald told Paige Taylor from The Australian.

“We don’t really know what they were used for as these types of structures were not used in the historic periods.”

This particular structure should help researchers to investigate how Aboriginal groups lived after the ice age – a time when sea levels rose 130 metres, at a rate of 1 metre every five to 10 years. This would have eventually cut the Archipelago islands off from the mainland.

“We assume they were a way of marking out social space for groups living close together as the sea level rose after the ice age, pushing groups inland into smaller territories,” says McDonald.

“While these people were hunter-gatherers, these structures suggest people were developing social strategies to be more sedentary, to cope with environmental change.”

The team discovered the houses back in 2014, but they have only recently been dated using shells of edible mangrove gastropods found inside.

Although the researchers haven’t yet published a paper, so we can’t get too excited until then, there should be more information released as the team find it, and they will hopefully publish a paper in the next few months.

Murujuga, which includes the islands and the nearby Burrup peninsula, are also hugely culturally important to the Aboriginal people in the area, and important for researchers trying to understand the past. A number of interest groups are pushing for Murujuga to become World Heritage listed.

“As well as containing more than one million rock engravings of great scientific and cultural significance, the Archipelago is home to one of the country’s largest industrial ports,” McDonald said in a statement today.

She says that research from the last 12 months indicates that there was a human occupation in the area dating back 21,000 years, even before the last ice age.

According to McDonald, although there are similar structures around Australia, the houses on Rosemary Island are the oldest found.

We hope this valuable area will be protected for many years to come.