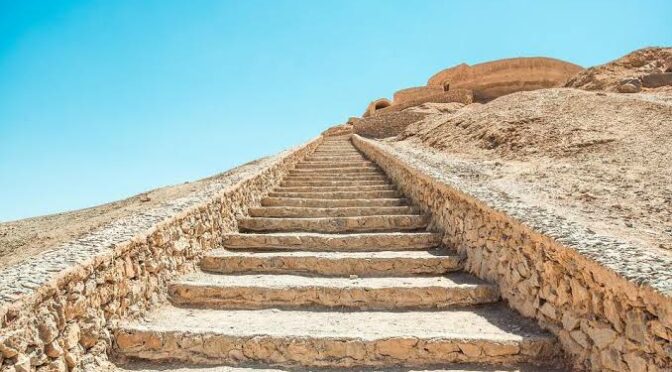 Ancient 70-Mile-Long Wall Found in Western Iran. But Who Built It?

Everyone knows of the Great Wall of China, the series of fortifications constructed across the northern border of China, designed to protect against numerous nomadic forces, which is supposed to appear from the space (fun fact, it’s not). But have you ever heard of the wall of western Iran?

Not likely because it has recently been found by historical experts and archeologists.

The wall is located in the district of Sar Pol-e Zahab, in the west of Iran, and stretches for about 71 miles (or 115 kilometers) as far as the legendary Adrian Wall, constructed in England by the Romans.

The walls stretch from the Bamu Mountains north to an area close to the village of Zhaw Marg, south, as per the release says.

“With an estimated volume of approximately one million cubic meters [35,314,667 cubic feet] of stone, it would have required significant resources in terms of workforce, materials and time,”

Sajjad Alibaigi, a doctoral student in the department of archaeology at the University of Tehran, wrote.

According to the paper, the wall would have been built somewhere between the 4th century B.C. and 6th century A.D., as evidenced by some ancient pottery that has been found along the wall.

“Remnants of structures, now destroyed, are visible in places along the wall.

These may have been associated turrets [small towers] or buildings,” Alibaigi added, noting the wall itself is built from natural local materials, such as cobbles and boulders, with gypsum mortar surviving in places.

However, while the wall itself has just been recently identified, locals living around the area are aware of its presence, calling it the “Gawri Wall.”

Unfortunately, because it hasn’t been preserved properly, archaeologists aren’t sure how tall or wide it actually is, with the best guess sitting at 13 feet wide and around 10 feet tall. Why it was built, or who built it, is unknown as well.

However, since the Gawri wall isn’t the only ancient wall discovered in Iran, then it’s theorized that it may have been made for defensive purposes since similar structures have been located in the north and eastern parts of the country.