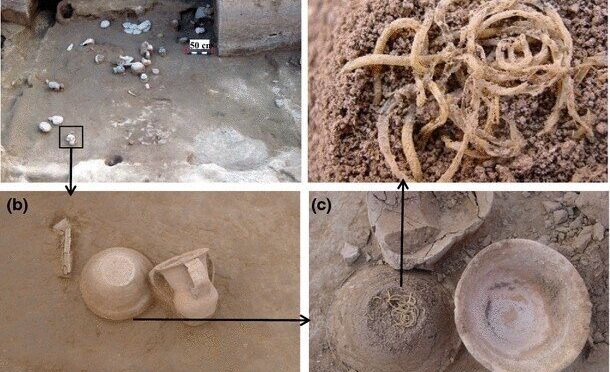 Since 1999, when Lajia villagers are busy with the autumn harvest every autumn, it is also the time for archaeologists to actively carry out their work. For six years, Ye Maolin, an archaeologist at the Institute of Archaeology of the Chinese Academy of Social Sciences, has been working hard at the Lajia site.

God rewards hard work. God will also prefer people who work hard. Important research results from the Lajia site follow one after another, many of which are results. Going internationally, it has attracted worldwide attention.

On November 22, 2002, archaeologists carried out excavations on the eastern platform of the Lajia site.

This platform was very special. The hard soil surface was found in its Qijia cultural strata, which means that there used to be a lot of people collectively.

The trample is a square. In the northern part of this platform, traces of settlement sacrificial sites were once found. The work on the 22nd was just north of the platform. Cai Linhai of the Qinghai Provincial Institute of Cultural Relics and Archaeology unearthed an orange-red pottery bowl.

This kind of pottery bowl can be seen everywhere in the Lajia ruins. It is very common and extraordinary. When the soil in the bowl is poured, it is found to be white noodles.

The relics have been weathered, leaving only a thin skin, but the noodle-like shape remains the same, with a length of tens of centimetres. The experienced researcher Ye Maolin quickly put the noodle-like relics back into the bowl, covered the soil intact, did some simple treatments, and brought them back to Beijing.

It is indeed food noodles, but it is not noodles made with the wheat flour we use today, but with millet and a small amount. It is made of millet, figuratively speaking, it is a bowl of miscellaneous noodles.

The so-called plant silicate technology means that the roots of plants absorb silicon during the growth process. They accumulate in the tissue cells of the plant in the form of hydrated silicon and aggregate into various forms of opal minerals. This is plant silicate.

Experts estimate that this bowl of noodles may be used for sacrifices. It was placed at the ceremonial place in the square. When an earthquake occurred, the pottery bowl was inverted in the soil, sealing the pottery bowl and isolating the air, so the noodles were well preserved. . What a blessing! The nightmare earthquake destroyed everything but saved us a bowl of precious noodles.

This is a bowl of noodles 4000 years ago! It is the oldest noodle found in the world so far. In October 2005, the world’s authoritative scientific magazine, the British “Nature”, published the research results of Ye Maolin and Lu Houyuan. This is an affirmation of their years of hard work and a demonstration of the value of the Lajia site.

Talking about his work, Ye Maolin was very humble. He said this: “Over the years, there have been some new discoveries and new developments in the excavations of the Lajia site almost every year. Of course, this is mainly because the Lajia site is important.

The special burial phenomenon and the special preservation environment of China contain rich connotations and precious remains. As long as the ground is broken, special new discoveries may appear. Our work only conforms to the actual situation.”