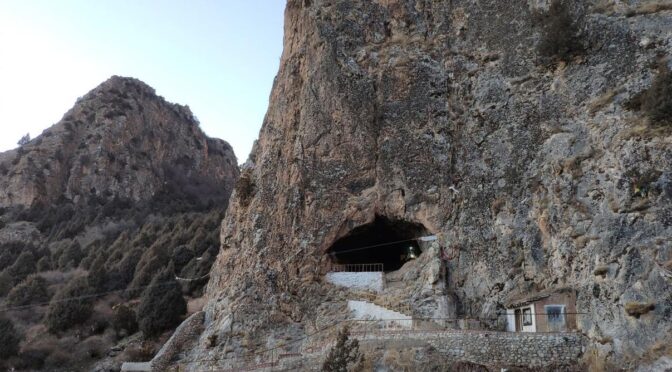 New DNA data has confirmed that a Himalayan cave high on the Tibetan Plateau once hosted representatives of the enigmatic species of extinct human beings known as Denisovans, research recently published in the journal Science has revealed.

The scientists, led by the Lanzhou University of China and backed up by archaeologists, geologists and geneticists from Australia, Germany and the U.S., said that new DNA and archaeological evidence demonstrated the long-term presence of humans at high altitude some 120,000 years earlier than previously understood—modern humans were not thought to have inhabited the Tibetan Plateau until some 40,000 years ago.

The find confirms that the first modern hominins to inhabit the area were not Neanderthals, as was previously assumed, instead of showing that Denisovan populations are more likely to have been widespread and not limited to Siberia, where the only previously known fossil fragments were discovered in 2010.

“We detected ancient human fragments that matched mitochondrial DNA associated with Denisovans in four different layers of sediment deposited around 100,000 and 60,000 years ago,” said Associate Professor Bo Li of the University of Wollongong, the team’s dating specialist and co-author of the new research.

“We have known that some modern human genomes contain fragments of DNA from Denisovans, suggesting that this species of human must have been widespread in Asia,”

The origins of this discovery took place 40 years ago in 1980, when a segment of the fossilized jawbone, complete with two molars, was discovered by a Buddhist monk in Baishiya Karst Cave in the northeast of the Tibetan Plateau, in what is now Gannan Tibetan Autonomous Prefecture in the south of China’s Gansu Province.

For Tibetan Buddhist monks, Baishiya Karst Cave is a sacred site and a protected religious sanctuary, sitting at an elevation of 3,280 meters in Xiahe County. The Tibetan monk who made the prehistoric discovery presented the relic to his teacher, the Sixth Gung-Thang Living Buddha, who recognized its potential significance and passed the fossil on to Lanzhou University.

Two decades later in 2019, scientists analyzing the fragment reported that the fossilized jawbone belonged to a 160,000-year-old Denisovan, positing that the little-known species of Neanderthal-like hominins inhabited the region thousands of years before modern humans.

“Our painstaking efforts . . . are helping unravel the story of how early humans adapted to live in one of the world’s most remote and mountainous places,” members of the research team said in an article for non-profit website The Conversation. “Our research . . . provides a better understanding of the little-known prehistoric humans who lived tens of thousands of years ago on the roof of the world.”

The Denisovan proposal was initially disputed by other scientists due to a lack of genetic evidence and the prevailing understanding of Denisovan population distributions at the time: this group of mysterious prehistoric humans was originally discovered in Denisova Cave in Siberia.

“This [Baishiya Karst Cave ] fossil was not only the earliest evidence of human occupation on the Tibetan Plateau but also the first Denisovan fossil to be found outside of Denisova Cave—and the largest to ever be found,” said the research team.

The ancestral lineage of Denisovans separated from the ancestors of modern humans some 500,000 years ago, although scientists disagree over whether they should be regarded as a distinct species or a subspecies of Homo sapiens.

Whether due to being overcome by populations of modern humans or environmental factors, Denisovans and Neanderthals are both believed to have died out some 40,000–50,000 years ago, although they are known to have interbred with the ancestors of modern humans.

“When our species exited Africa, on the way to moving to Australia, we met Denisovans somewhere in Asia, interbred with them, and carry some of the genetic information,” said Prof. Li. “Modern Tibetans, for example, have a Denisovan gene that lets them thrive at high altitude.”

As well as human remains, the research team at Baishiya Karst Cave also unearthed a wealth of other revealing artefacts, including a large quantity of charcoal, indicating that that the Denisovans used fire, 1,310 rudimentary tools dated to more than 190,000 years ago and as recently as 45,000 years ago, and numerous animal bones, including some from hyenas and rhinos, both of which once were once native to the region.

“After dozens of visits to the cave and others nearby, in 2016 we finally found the first indisputable stone artefacts [probably made by Denisovans] on the cave floor,” the research team explained. “With this, we became further convinced the cave was a treasure trove of archaeological deposits that could help tell the story of the Denisovans. But, as it’s also a Buddhist holy cave, we weren’t allowed to dig inside it—not even one scrape of a trowel.”

After two years of negotiations with the Chinese authorities and the Tibetan monks maintaining the cave, the team were granted permission to excavate within a limited area inside the sacred cave—contingent on the condition that they only work late at night during the Himalayan winter, when no Buddhist monks were using the cave.

Prof. Li observed that here is still much more research to be done at the site: “Our next target is to date more samples from the cave and tries to answer when Denisovans started to occupy the cave and when they ‘disappear’ from the cave.”