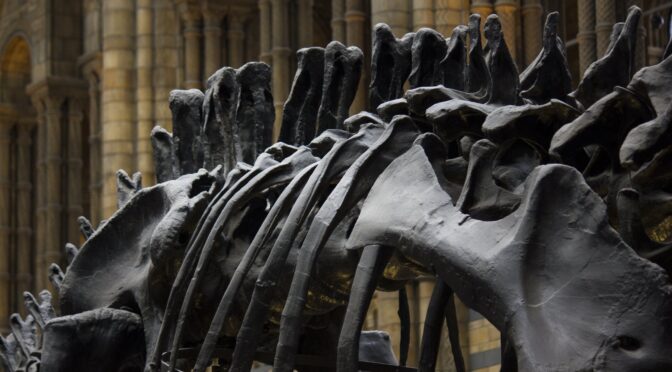 Herbivorous dinosaurs were some of the most diverse animals on Earth. They ranged in size from small two-legged forms to large, long-necked four-legged giants. The most well known herbivore is probably the Triceratops, but there were many different types of such dinosaurs. If you want to learn more interesting facts about herbivore dinosaurs read this article.

Some had horns and frills, while others had bony plates on their backs or spikes along their tails. Here are some interesting facts about herbivorous dinosaurs:

1. The Euoplocephalus was an ankylosaurid dinosaur which had a club-shaped tail made of fused bones covered in bumps and spikes. It used its tail as a defensive weapon against predators.

2. The Stegosaurus was a large herbivorous dinosaur with distinctive plates on its back and four spikes at the end of its tail. It appears to have used these plates as a source of heat regulation, trapping or releasing heat depending on the temperature outside.

3. The hadrosaurids were duck-billed dinosaurs which had a distinctive crest on their heads and snouts. Many of them were able to produce sounds by vibrating their crests, making it the loudest dinosaur group known.

4. The Sauropods were some of the largest land animals ever to have lived, with some species reaching lengths of up to 120 feet! They were so large that they needed to eat up to 500kg of vegetation a day in order to survive.

5. The Ankylosaurus was an armored dinosaur with bony plates on its back and sides and a club-shaped tail covered in spikes. It was mainly a herbivore, but fossilized stomach contents show it also ate some insects and small animals.

6. The Brachiosaurus was one of the tallest sauropods ever discovered, measuring up to 85 feet in length and weighing around 80 tons! It had a long neck which allowed it to reach vegetation high in the trees.

7. The Parasaurolophus was a duck-billed dinosaur with a distinctive crest on its head. The shape of the crest helped amplify sound, making it possible for this animal to be heard from miles away.

8. The Iguanodon was one of the first dinosaurs ever discovered and is known for its long thumbs which were probably used to defend itself against predators. It had strong back legs which it used to run away from danger at speeds of up to 20mph.

Some of the most impressive prehistoric species that roamed the Earth

These herbivorous dinosaurs were just some of the amazing creatures that roamed the Earth during the Mesozoic era. Their diverse adaptations and large sizes made them an integral part in understanding the evolution of life on our planet.

1. Fossilized footprints of some herbivorous dinosaurs have been found with tracks from other animals such as lizards and mammals, suggesting that they may have traveled in groups.

2. Some fossilized remains of herbivores were found with evidence of stomach contents, allowing us to gain an insight into the diets of these creatures.

3. Fossilized eggs of some herbivore species have been found, providing us with a glimpse into their nesting and breeding habits.

4. Some fossilized remains of herbivorous dinosaurs show evidence of predators trying to attack them, such as puncture wounds or healed fractures from unsuccessful attempts at predation.

5. Fossilized bones of some herbivore species have been found with marks on them, suggesting that they were butchered for their meat by humans during the Mesozoic era.

6. Some fossilized remains of herbivorous dinosaurs show evidence of tumors or other abnormalities which may have affected the way they lived and moved.

7. Some fossilized remains of herbivorous dinosaurs show evidence of having been preened by other animals, suggesting that some species may have formed social bonds with one another.

These facts about the fossils of herbivorous dinosaurs provide us with a unique insight into how these creatures lived and interacted with each other and with their environment. It is amazing to think that we can still learn about these creatures even though they have long gone extinct!
This knowledge can help us better understand the history of life on our planet and how it evolved over time.

Some fossils have not yet been found

There is still much to learn about these fascinating creatures! As more fossils are uncovered, we will have an even better idea of the lives that herbivorous dinosaurs led during the Mesozoic era.

The information gained through studying these fossils helps us to better understand our world today and appreciate how life has changed over time. We can learn about their habits, behavior, and interactions with other species which can help us to protect our world today.

By studying the fossils of herbivorous dinosaurs, we gain a greater understanding of our past – and what the future may bring.

It is amazing that these long-gone creatures can still teach us so much! We can use the knowledge gained from their fossils to help us protect our planet and ensure that life continues to thrive for generations to come.

The study of herbivorous dinosaur fossils is an incredibly important part of understanding the evolution of our world. We owe a great debt of gratitude to these amazing creatures for helping us understand our past and shape a better future.

Research for dinosaur’s fossil is still a priority for paleontologists

As more fossils and information are discovered, we can expect to learn even more about these fascinating creatures!

The study of herbivorous dinosaur fossils is an incredible journey into the past and a reminder of how much there is still to be learned about our planet history. Paleontologists continue to work tirelessly to uncover more fossilized remains and gain insight into the lives of these incredible creatures.

By studying the fossils of herbivorous dinosaurs, we can gain a greater understanding of how life on our planet has evolved – and what it may look like in the future.

Paleontologists still find many fossils all over the world
today

With the help of new technologies, we can expect to learn even more about these amazing creatures!

The fossils of herbivore dinosaurs continue to provide us with insight into our planet’s distant past – and a glimpse into its future. By learning from their remains, we gain a greater appreciation for the incredible history of life on Earth and the importance of preserving our planet for generations to come.

We owe a great debt of gratitude to these creatures for helping us understand our past and shape a better future. Whether we are uncovering their fossils in laboratories or exploring them in museums, we can all be thankful for the amazing contributions that herbivorous dinosaurs have made to our understanding of life on Earth.

By studying the fossils of herbivorous dinosaurs, we can gain a greater appreciation for their place in history and the important lessons they have taught us about preserving our world today. We owe them an immense debt of gratitude.