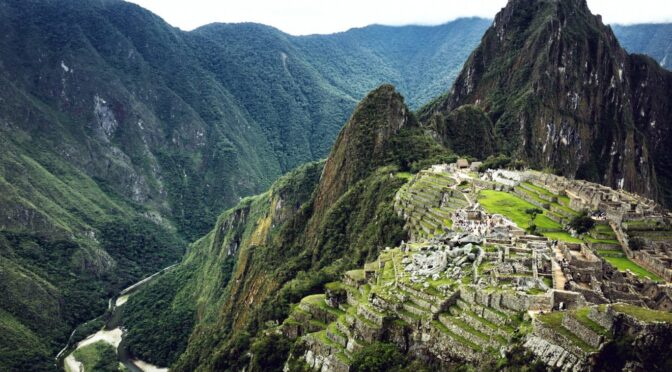 Machu Picchu is among the most recognized archaeological sites in the world. A lasting symbol of the Inca Empire, it’s one of the most visited attractions in Latin America and at the heart of the Peruvian tourist industry.

However, when Hiram Bingham first visited the ruins in 1911 and then brought them to the world’s attention, they were little known — even among those who lived in Peru’s Cusco region.

More than 110 years after Bingham’s first visit to the site, historian Donato Amado Gonzales from the Ministry of Culture of Peru (Cusco) and archaeologist Brian S. Bauer from the University of Illinois Chicago reviewed Bingham’s original field notes, early 20th century maps of the region, and centuries-old land documents from different archives.

Their findings suggest that less was known about the site than what was previously thought.

In their paper, published by Ñawpa Pacha: Journal of Andean Archaeology, the researchers conclude that the Incas originally called it Huayna Picchu, for the rocky summit that lies nearest to the site, and not Machu Picchu, which is the name of the highest mountain near the ancient city.

“We began with the uncertainty of the name of the ruins when Bingham first visited them and then reviewed several maps and atlases printed before Bingham’s visit to the ruins,” said Bauer, UIC professor of anthropology.

“There is significant data which suggest that the Inca city actually was called Picchu or more likely, Huayna Picchu.”

The researchers found that the ruins of an Inca town called Huayna Picchu are mentioned in a 1904 atlas that was published seven years before Bingham arrived in Peru.

Additionally, they detail that Bingham was told in 1911 of ruins called Huayna Picchu along the Urubamba River before he left Cusco to search for the remains.

A landowner’s son later told Bingham in 1912 that the ruins were called Huayna Picchu.

According to Bauer, the most definitive connections to the original name of the Inca city are preserved within accounts written by Spaniards relatively soon after the region came under their control in the late 16th century.

“We end with a stunning, late 16th-century account when the indigenous people of the region were considering returning to reoccupy the site which they called Huayna Picchu,” he said.