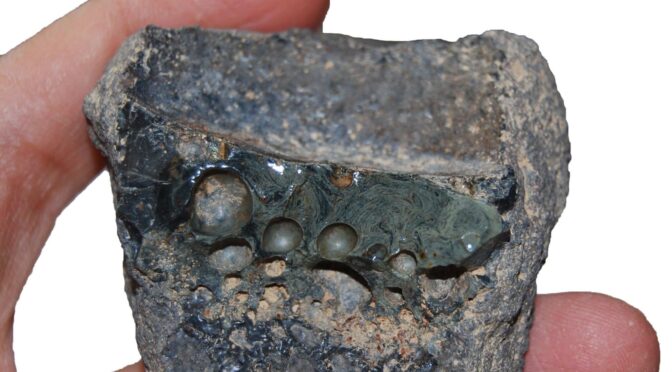 Stainless steel as we know it today was created in the early 20th century, in England. But researchers found evidence of the use of an alloy of iron and chromium quite similar to stainless steel – but almost a thousand years old.

Discovery, published in Journal of Archaeological Science, was made with the help of a series of manuscripts medieval Persians, who took the researchers to an archaeological site in Chahak, in southern Iran.

“This research not only provides the first known evidence of chrome steel production dating back to the 11th century AD, but it also provides a chemical tracker that can help identify similar artefacts in museums or archaeological collections since their origin in Chahak”, believes the author study, archaeologist Rahil Alipour.

Chahak is described in a series of historical manuscripts dating from the 12th to the 19th century as a famous steelmaking centre – but its exact location has remained a mystery, as several villages in Iran bear the same name.

The manuscript “al-Jamahir fi Marifah al-Jawahir” (“A Compendium for Knowing the Gems”, dating from the 10th to the 11th centuries AD), written by the Persian polymath Abu-Rayhan Biruni, is one of those documents, which also details recipe steelmaking – but registers a mysterious ingredient called “rusakhtaj”.

The team of archaeologists used radiocarbon dating on a series of pieces of coal recovered from the archaeological site to confirm their production as having been made between the 11th and 12th centuries AD.

Using scanning electron microscopy, the researchers identified remains of the chromite mineral, described in Biruni’s manuscript as an essential additive to the process.

The steel particles analyzed contained between 1% and 2% of chromium – therefore, they were not stainless like the modern alloys, which contain between 11% and 13% of the material.

“In a 13th-century Persian manuscript, Chahak steel was known for its fine and refined patterns, but its swords were also fragile – so they lost their market value,” explains Thilo Rehren, co-author of the study.

The researchers believe that this marks a distinct tradition of steelmaking separate from the traditional methods used in Central Asia.

“The previous evidence belongs to steelmaking centres in India, Sri Lanka, Turkmenistan and Uzbekistan,” said Alipour. “None of these, however, has any trace of chrome.

This is very important, as we can now search for this element in objects and track them back to their production centre or method ”, he adds.