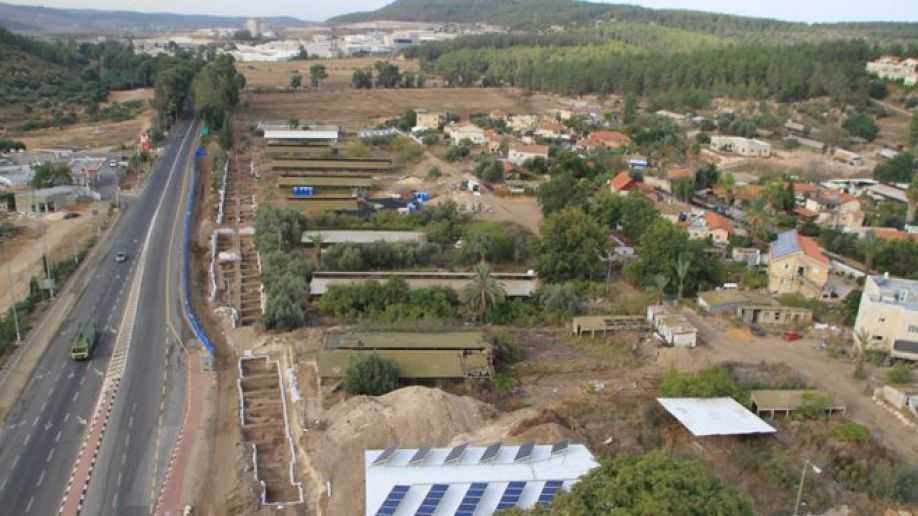 Archeologists say that while digging at a construction site in Israel, they have uncovered some stunning finds, including stone axes, a “cultic” temple, and traces of a house 10,000 years old.

The discoveries provide a “broad picture” of human development over thousands of years, from the time when people first started settling in homes to the early days of urban planning, officials with the Israel Antiquities Authority (IAA) said.

In preparation for the widening of an Israeli road, the excavation took place at Eshtaol, about 15 miles (25 kilometers) west of Jerusalem.

The site’s oldest discovery was an 8th millennium B.C. building during the Neolithic period.

“This is the first time that such an ancient structure has been discovered in the Judean Shephelah,” archaeologists with the IAA said, referring to the plains west of Jerusalem.

The building seems to have undergone a number of renovations and represents a time when humans were first starting to live in permanent settlements rather than constantly migrating in search of food, the researchers said.

Near this house, the team found a cluster of abandoned flint and limestone axes.

“Here we have evidence of man’s transition to permanent dwellings and that in fact is the beginning of the domestication of animals and plants; instead of searching out wild sheep, the ancient man started raising them near the house,” the archaeologists said in a statement.

The excavators also say they found the remains of a possible “cultic” temple that’s more than 6,000 years old.

The researchers think this structure, built in the second half of the 5th millennium B.C., was used for ritual purposes because it contains a heavy, 4-foot-tall (1.3 meters) standing stone that is smoothed on all six of its sides and was erected facing east.

“The large excavation affords us a broad picture of the progression and development of the society in the settlement throughout the ages,” said Amir Golani, one of the excavation directors for the IAA.

Golani added that there is evidence of rural society in Eshtaol making the transition to an urban society in the early Bronze Age, 5,000 years ago.

“We can see distinctly a settlement that gradually became planned, which included alleys and buildings that were extremely impressive from the standpoint of their size and the manner of their construction,” Golani explained in a statement.

“We can clearly trace the urban planning and see the guiding hand of the settlement’s leadership that chose to regulate the construction in the crowded regions in the center of the settlement and allowed less planning along its periphery.

The buildings and artifacts were discovered ahead of the widening of Highway 38, which runs north-south through the city of Beit Shemesh.

Throughout Israel, construction projects often lead to new archaeological discoveries. For example, during recent expansions of Highway 1, the main road connecting Jerusalem and Tel Aviv, excavators discovered 9,500-year-old animal figurines, a carving of a phallus from the Stone Age and a ritual building from the First Temple era.