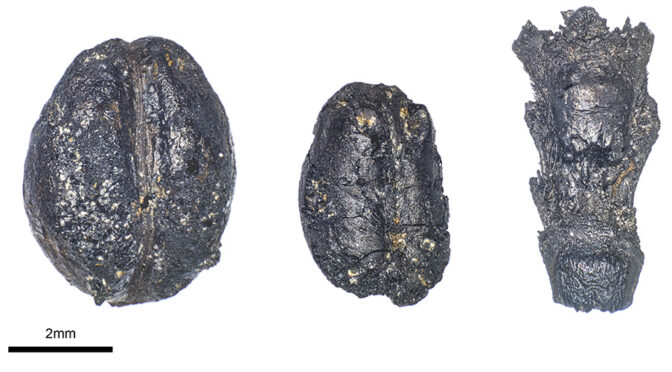 Nowhere else are so many Neolithic pile dwellings known around the Alps. However, how this particular construction boom got its start is a mystery. Researchers at the University of Basel have now uncovered new evidence: Settlers on Lake Varese in northern Italy may have played a major role.

When workers discovered the first pile-dwelling settlement on Lake Zurich in the mid-19th century, a whole branch of archaeological research began. 111 pile-dwelling villages in the Alps now belong to the UNESCO World Cultural Heritage. So far, however, it was unclear where this unique design came from. Until a few years ago, experts assumed that this was a local phenomenon.

Researchers around Prof. Dr However, Ferran Antolín from the Department of Integrative Prehistoric and Natural Scientific Archeology (IPNA) at the University of Basel are now providing new clues as to how the pile-dwelling culture came to the areas north of the Alps.

Prehistoric plant remains from a settlement on Lago di Varese in northern Italy show the same composition as the useful plants from the oldest Swiss lake dwelling settlements in Zurich and in Egolzwil in Lucerne.

The researchers report on this in the “Journal of Archaeological Science: Reports”.

The team collected sediment cores around a prehistoric settlement on the Isolino Virginia and radiocarbon dated crops in the deposits. According to this, people seemed to have visited this artificial island as early as 4950 to 4700 BC. to call their home. The oldest known pile-dwelling settlements in Switzerland date back to around 4300 BC. Chr.

Through comparisons with the IPNA reference collection, the archaeobotanists were able to identify the composition of the approximately 7000-year-old plant material from this earliest settlement phase on Isolino Virginia: naked wheat (durum wheat), naked barley, opium poppy and flax. The same types of plants as those cultivated by the inhabitants of Switzerland’s oldest pile-dwelling settlements.

Connection to the western Mediterranean

However, these plant species are atypical for the northeast Italian population of the time, whose agriculture concentrated on the cultivation of spelled wheat such as emmer.

“These groups probably played a major role in the spread of the pile-dwelling phenomenon north of the Alps,” says archaeobotanist Antolín.

The period between 4700 B.C. BC, when the settlement on the Isolino Virginia was temporarily abandoned, and 4300 BC, when the first pile-dwelling villages emerged north of the Alps, remains fraught with unanswered questions.

The researchers suspect that other archaeological evidence, such as other settlements, may have remained undiscovered or lost.

In addition, ongoing research shows that there is also a wealth of evidence of prehistoric pile dwellings in other areas of Europe, such as in the central Balkans. Here, too, the team from the University of Basel is involved in research into the Neolithic pile-dwelling settlements.

However, these sites have a different agricultural tradition, so a direct connection to the pile dwellings of Switzerland seems unlikely.

According to Antolín, the origin of the pile dwellings remains a complex phenomenon that can hardly be explained from the remains of the buildings themselves. “However, the analysis of crop residues can make an important contribution here.”