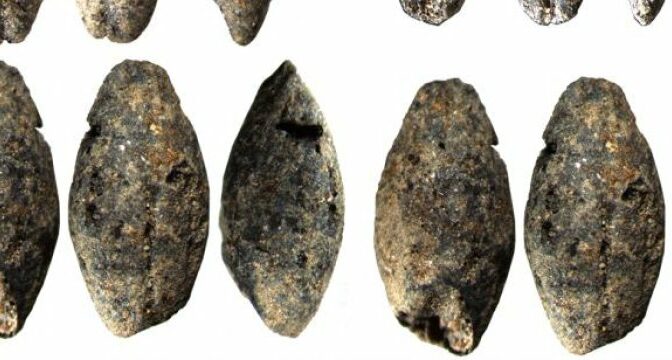 A 5,000-year-old barley grain discovered in Finland changes the understanding of livelihoods

Representatives of the Stone Age Pitted Ware Culture was known as hard-core sealers or even Baltic Sea Inuit. based on prior research.

Now, researchers have discovered barley and wheat grains in areas previously inhabited by this culture, leading to the conclusion that the Pitted Ware Culture adopted agriculture on a small scale.

A study carried out in cooperation with parties representing the discipline of archaeology and the Department of Chemistry at the University of Helsinki, as well as Swedish operators in the field of archaeology (The Archaeologists, a governmental consultant agency, and Arkeologikonsult, a business), found grains of barley and wheat in Pitted Ware settlements on Finland’s Aland Islands and in the region of modern Stockholm.

The age of the grains was ascertained using radiocarbon dating. Based on the results, the grains originated in the period of the Pitted Ware culture, thus being approximately 4,300-5,300 years old. In addition to the cereal grains, the plant remnants found in the sites included hazelnut shells, apple seeds, tuberous roots of lesser celandine and rose hips.

The study suggests that small-scale farming was adopted by the Pitted Ware Culture by learning the trade from farmers of the Funnel Beaker Culture, the latter having expanded from continental Europe to Scandinavia. Other archaeological artifacts are also evidence of close contact between these two cultures.

“The grains found on Aland are proof that the Pitted Ware Culture introduced cultivation to places where it had not yet been practiced,” says Santeri Vanhanen, a doctoral student of archaeology at the University of Helsinki.

The 5,000-year-old barley grain found on Aland is the oldest grain of cereal ever found in Finland.

This grain and the other earliest grains found in mainland Finland date back some 3,500 years, some 1,500 years behind Aland according to current knowledge,” Vanhanen explains.

In prior studies, it has been extremely difficult to demonstrate that the hunter-gatherer population would have adopted farming during recorded history, let alone in the Stone Age. Research on ancient DNA has in recent years proven that the spread of agriculture in Europe was almost exclusively down to migrants.

“We find it possible that this population, which was primarily specialized in marine hunting, continued to grow plants as the practice provided the community with social significance.”From time to time, an abundance of pig bones is found at Pitted Ware sites, even though pigs were not an important part of their daily nourishment.

For instance, the bones of more than 30 pigs were found in a grave located on the island of Gotland.“Members of the Pitted Ware culture may have held ritual feasts where pigs and cereal products were consumed. It’s not inconceivable that grains might even have been used to brew beer, but the evidence is yet to be found,” Vanhanen continues.

In this study, soil samples were collected from the sites, from which plant remains were extracted using a flotation method. The plant remains are charred; in other words, the grains and seeds have turned into carbon after having come to contact with fire.