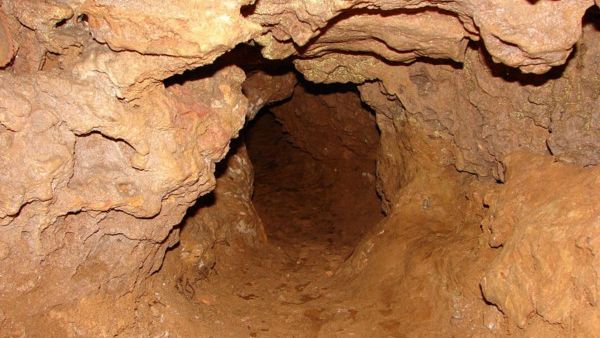 Rings of stone found inside a French cave were probably built 176,500 years ago by Neanderthals. A study says the structures are the oldest known human constructions, possibly altering the way we think about our ancestors.

A team led by archeologist Jacques Jaubert of the University of Bordeaux, using advanced dating techniques, noted that the stalagmites used in the stone ring constructions must have been broken off the ground around 176,500 years ago.

The dating of the structures – if substantiated – would push back by tens of thousands of years the first known cave exploration by members of the human family. It would also change the widely held view that humans’ ancient cousins were incapable of complex behavior.

Earlier research had suggested the structures pre-dated the arrival of modern humans in Europe around 45,000 years ago and thus the idea that Neanderthals could have made them didn’t fit and was largely disregarded.

“Their presence at 336 meters (368 yards) from the entrance of the cave indicates that humans from this period had already mastered the underground environment, which can be considered a major step in human modernity.

The structures – discovered by chance in 1990 after a rockslide closed the mouth of a cave at Bruniquel in southwest France – were made from hundreds of pillar-shaped mineral deposits, or stalagmites, which were up to 40 centimeters (16 inches) high.

The authors said the purpose of the oval structures – measuring 16 square meters (172 sq. feet) and 2.3 square meters – is still a matter of speculation, though they may have served some symbolic or ritual purpose.

“A plausible explanation is that this was a common meeting place for some type of ritual social behavior,” said Paola Villa, an archaeologist at the University of Colorado at Boulder who wasn’t involved in the study.

The Neanderthals who built them must have had a “project” to go so deep into a cave where there was no natural light, said Jaubert.

“The site provides strong evidence of the great antiquity of those elaborate structures and is an important contribution to a new understanding of the greater level of social complexities of Neanderthal societies,” Villa noted.

Who were the Neanderthals?

Neanderthals were a species or subspecies of humans that became extinct between 40,000 and 28,000 years ago. Closely related to modern humans, they left remains mainly in Eurasia, from western Europe to central, northern, and western Asia.

Neanderthals are generally classified by paleontologists as the species Homo neanderthalensis, having separated from the Homo sapiens lineage 600,000 years ago.

Several cultural assemblages have been linked to the Neanderthals in Europe. The earliest, the Mousterian stone tool culture, dates to about 300,000 years ago. Late Mousterian artifacts were found in Gorham’s Cave on the south-facing coast of Gibraltar.

In addition, scientists reported having sequenced the entire genome of a Neanderthal for the first time. The genome was extracted from the toe bone of a 50,000-year-old Neanderthal found in a Siberian cave.