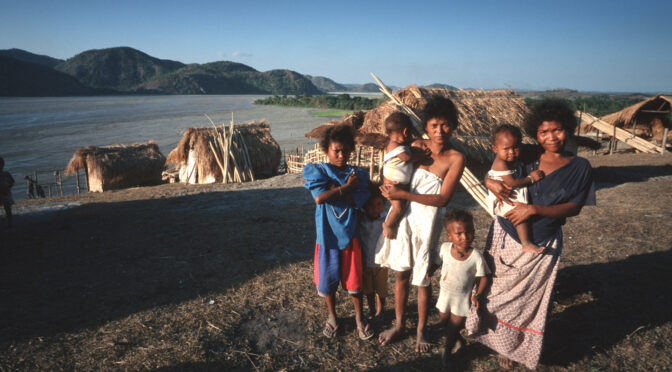 Denisovans are an elusive bunch, known mainly from ancient DNA samples and traces of that DNA that the ancient hominids shared when they interbred with Homo sapiens. They left their biggest genetic imprint on people who now live in Southeast Asian islands, nearby Papua New Guinea and Australia.

Genetic evidence now shows that a Philippine Negrito ethnic group has inherited the most Denisovan ancestry of all. Indigenous people known as the Ayta Magbukon get around 5 per cent of their DNA from Denisovans, a new study finds.

This finding fits an evolutionary scenario in which two or more Stone Age Denisovan populations independently reached various Southeast Asian islands, including the Philippines and a landmass that consisted of what’s now Papua New Guinea, Australia and Tasmania.

The exact arrival dates are unknown, but nearly 200,000-year-old stone tools found on the Indonesian island of Sulawesi may have been made by Denisovans (SN: 1/13/16). H. sapiens groups that started arriving around 50,000 years ago or more then interbred with resident Denisovans.

Evolutionary geneticists Maximilian Larena and Mattias Jakobsson, both at Uppsala University in Sweden, and their team describe the new evidence on August 12 in Current Biology.

Even as the complexities of ancient interbreeding in Southeast Asia become clearer, Denisovans remain a mysterious crowd. “It’s unclear how the different Denisovan groups on the mainland and on Southeast Asian islands were related [to each other] and how genetically diverse they were,” Jakobsson says.

That calculation accounts for the recent mating of East Asians with Philippine Negrito groups, including the Ayta Magbukon, that diluted Denisovan inheritance to varying degrees.

Genetic analyses suggest that Ayta Magbukon people retain slightly more Denisovan ancestry than other Philippine Negrito groups due to having mated less often with East Asian migrants to the island around 2,281 years ago, the scientists say.

Their genetic analyses compared ancient DNA from Denisovans and Neandertals with that of 1,107 individuals from 118 ethnic groups in the Philippines, including 25 Negrito populations. Comparisons were then made to previously collected DNA from present-day Papua New Guinea highlanders and Indigenous Australians.

The new report underscores that “still today there are populations that have not been fully genetically described and that Denisovans were geographically widespread,” says paleogeneticist Cosimo Posth of the University of Tübingen in Germany, who was not part of the new research.

But it’s too early to say whether Stone Age Homo fossils found on Southeast Asian islands come from Denisovans, populations that interbred with Denisovans or other Homo lineages, Posth says. Only DNA extracted from those fossils can resolve that issue, he adds. Unfortunately, ancient DNA preserves poorly in fossils from tropical climates.

Fossils from the Philippines initially classed as H. luzonensis, dating to 50,000 years ago or more (SN: 4/10/19), might actually represent Denisovans. But a lack of consensus on what Denisovans looked like leaves the evolutionary identity of those fossils uncertain.

Larena and Jakobsson’s findings “further increase my suspicions that Denisovan fossils are hiding in plain sight” among previously excavated discoveries on Southeast Asian islands, says population geneticist João Teixeira of the University of Adelaide in Australia, who did not participate in the new study.

Geographic ancestry patterns on Southeastern Asian islands and in Australia suggest that this region was settled by a genetically distinct Denisovan population from southern parts of mainland East Asia, Teixeira and his colleagues reported in the May Nature Ecology & Evolution.