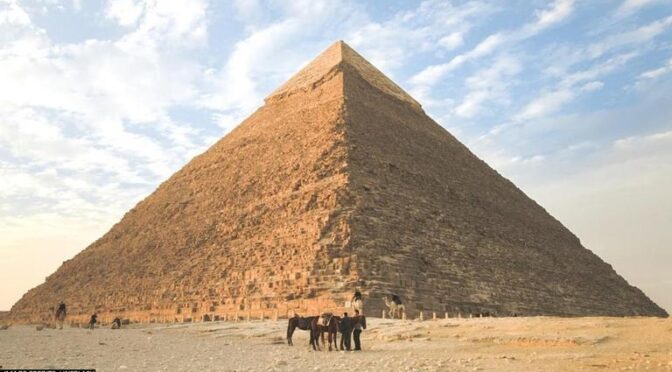 Waziri stated this discovery is considered to be a major find in Egypt as it has the instruments that were utilised in conducting the daily religious rituals.

The Egyptian Ministry of Tourism and Antiquities released a statement on September 18, Saturday stating that the Egyptian archaeologists discovered some ancient ritual tools and equipment which were previously used in religious rites at a temple area in Kafr el-Sheikh governorate, north of Cairo, Egypt.

As per Xinhua, Fragments of a limestone pillar which are built in the shape of the goddess Hathor, a bunch of faience incense burners, a pair of clay pots, a number of statuettes, a fully golden Udjat eye, and the remnants of golden scales were among the items which are unearthed.

Secretary-General of the Supreme Council of Antiquities, Mostafa Waziri stated that this is considered to be a major find since it comprises the instruments that were really utilised in conducting the daily religious rites for goddess Hathor.

As per the Daily News Egypt website, these ancient ritual tools were most likely stashed behind a mound of stone blocks which is situated to the south of the goddess Wajit’s shrine.

Other artefacts unearthed in the Pharaonic site

As per Ayman Ashmawy, the head of the ministry’s Ancient Egyptian Antiquities Sector, they also discovered ivory reliefs portraying everyday life, which comprises women carrying services for rituals, there are carvings of plants, birds, and animals.

A large limestone horizontal structured lintel was even found in which hieroglyphic texts are inscribed and components of a painting of a king conducting religious practices in the temple.

The archaeologists also unearthed and identified hieroglyphic writings with the names and titles of Ancient Egyptian rulers going back over 2,500 years.

Daily News Egypt further reports that the inscription of the names and titles consists of King Psamtik I‘s five titles, as well as the names of the two 26th dynasty rulers ‘Wah Ib Ra’ and ‘Ahmose II.’

A big limestone well for holy water which was used for the rituals and a mud-brick bathtub structure were also unearthed, according to Hossam Ghoneim, director-general of Kafr el-Sheikh antiquities and leader of the archaeological mission.

According to Mostafa Waziri, the “magnificent” tomb, situated in the southern corner of the 3rd-century pharaoh, is the earliest stone structure from the “ancient world.” It’s worth noting that King Djoser founded Egypt’s Third Dynasty and built the groundwork for the world’s first pyramid, the step pyramid of Saqqara.

Waziri addressed reporters at the opening ceremony by saying that the beautiful structure is the ancient world’s oldest stone structure, and it was termed the ‘Southern Tomb’ after its excavation by English archaeologist Cecil Mallaby Firth in the year 1928.