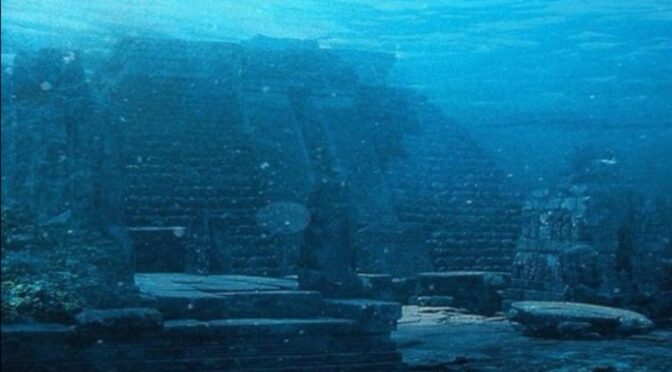 Objects, ‘ gold leaf ‘ were uncovered by a team of archeologists ‘ diving’ the sweltering deserts of northern Sudan once Nubia, in a 2,300- years-old submerged tomb belonging to a pharaoh named Nastasen who ruled the Kush kingdom from 335 BC to 315 BC.

A major difference between the pyramids of northern Sudan and the most prominent pyramids in Egypt is that the pharaohs were buried beneath them, rather than within them.

This is why Georges Reisner, an egyptologist in Harvard, visited Nouri for the first time visited Nuri over a century ago and discovered burial chambers beneath Taharqa’s massive pyramid, the largest of 20 pyramids marking the burials of Kushite royal family.

Sometimes called the “black pharaohs,” this dynasty conquered Egypt in the 8th Century BC and ruled for almost a century. Reisner not only reported that he had found their water filled tombs, but he also noted the presence of a narrow, ancient processional staircase cut into the bedrock running deep below Nastasen’s pyramid at Nuri.

In 2018, the team located the 65-step stairway and began excavating, but when they got to around 40 stairs down they hit a water table – enters underwater archaeologist Pearce Paul Creasman – associate professor in the dendrochronology laboratory at the University of Arizona, who led the team into the subaquatic ancient tomb for the first time in at least 100 years.

In a National Geographic article Creasman said “normal scuba tanks would have been too cumbersome” and this is why he decided to pump oxygen through 150-foot-long (45.72 meters) hoses from a gasoline-fed pump on the surface.

With Fakhri Hassan Abdallah, an inspector with Sudan’s  National Corporation for Antiquities and Museums, manning the air pump, Creasman entered the ancient abyss.

There are three chambers, with these beautiful arched ceilings, about the size of a small bus, you go in one chamber into the next, it’s pitch black, you know you’re in a tomb if your flashlights aren’t on. And it starts revealing the secrets that are held within.

And in this instance, those secrets Creasman risked his life to touch came in the form of fragments of ancient gold.

According to Creasman, when he was making his way through the dark silt they… “Were still sitting there – small glass-type statues” which had once been leafed in gold.

And while the water destroyed the glass underneath, “the little gold flake was still there”. Under normal circumstances all traces of gold leaf would have been stolen by grave robbers , but the rising water level made this particular tomb inaccessible, said underwater archaeologist Kristin Romey in National Geographic .

‘Kush gold leaf’ sounds like the name of a tea, or a brand of really strong hashish, both products associated with the Kush empire; however, while Creasman’s team might be slightly let down at not having found a collection of solid gold statues , the fragments of gold leaf are in themselves priceless in heritage terms.

The land of the Kush became one of the main gold-producing areas of the ancient world and its alchemists and craftspeople forged intricate and beautiful jewelry and they adorned their temples and statues with gold leaf.

In 2007, The Guardian published an article announcing that archaeologists discovered “An ancient site where gold flakes were hand-ground from rare ores.”

Located at Hosh el-Geruf, 225 miles (362 km) north of Khartoum in Sudan, the archaeologists first unearthed grinding stones made of a granite-like rock called gneiss, used to crush the ore and recover flakes of gold. Gil Stein, director of the Oriental Institute, told The Guardian, “This work is extremely important because it can give us our first look at the economic organization of this very important but little-known African state – the Kush empire.”

Funded in part by a grant from the National Geographic Society, for more information and updates on archaeology at Nuri, visit the official expedition website at  Nuri pyramids.