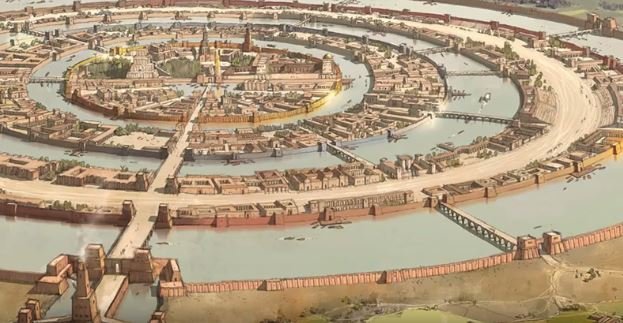 Atlantis found in west Africa the evidence is overwhelming

You have to give credit to the amateur archaeologist/historian that goes by the name of Bright Insighton YouTube, as he has a knack for assembling highly relevant facts and evidence to demonstrate that history is not always what we think it is or what has been recorded.

He recently crafted, very skillfully I might add, three documentary videos which leave little doubt that the lost city/civilization of Atlantis is not in the places that most have determined it to be, but rather in a seemingly unlikely location – West Africa, or in Mauritania to be precise.

He provides a very thorough list of solid historical, geological, and archaeological evidence that not many experts in these fields can easily deny.

He begins where most historians have – with Plato’s account (the dialogues of the Critias and the Timaeus) which he got from Solon (638 – 558 BC) – a Greek statesman who had visited Sais (in Egypt) around 590 BC and got the information from an Egyptian priest who stressed that it was some 9,000 years old.

Here is one excerpt:

There were alternate zones of sea and land, larger and smaller, encircling one another, there were two of land, and three of water, which were turned as if with a lathe each having its circumference equidistant every way from the centre.

The image above illustrates this schematic quite well. And the following image was taken of the site – named the Richat Structure, or the “Eye of the Sahara”, in Mauritania:

This is the closest resemblance to the description offered by Plato of any archaeological site that claims to be that of Atlantis. There is no denying it. Even its size is almost precisely the same as Bright Insight describes in his videos.

In addition to the striking similarities between the description of Atlantis in Plato’s account and the site located in the West African nation, there are many topographical attributes that corroborate it.

Although no formal (or at least pubhttps://visitingatlantis.com/george-s-alexander-answers-faq/licly acknowledged) archaeological excavation has taken place at this very remote site, there has been a team that has explored it in situ, namely George S. Alexander and Natalis Rosen from Visiting Atlantis.

Here are a few pictures from the website which show the location and topographical nature of the site:

There is a lot of additional evidence presented, but there was one in particular that had caught my attention.

An ancient map by the famous historian Herodotus (484 – 425 BC) from around the same time period had an inscription ”ATLANTES ?” labelled on it with the location that appears to be in the same general vicinity as the site of the Richat Structure in Mauritania. Amazing.

I will leave you with Bright Insight’s three videos along with a few additional resources whereby you can form your own judgement and conclusions about whether this is indeed Atlantis.

It will certainly be interesting to see in the years (or decades) to come with more exploration and archaeological work at the site to see what other evidence may corroborate that this is indeed the lost city of Atlantis.