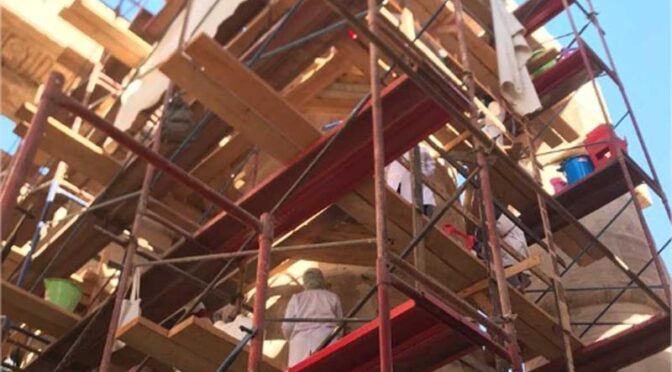 Egypt has completed the restoration of 37 columns as part of the Karnak Temples’ Great Hypostyle Hall restoration project.

Mostafa Waziri, secretary-general of the Supreme Council of Antiquities (SCA), said that the restorers have cleaned the surface of the columns, removing sand, dust and bird pots. He added that the columns’ original engravings and colours now appear.

Furthermore, Waziri noted that the first phase of the project started in July 2021 with the restoration of the 16 opened papyri shaped columns located in the centre of the hall.

The Karnak was the largest and most important religious complex in ancient Egypt. Therefore, its development never ceased for over a 1000 years.

Located in the south of Upper Egypt on the east bank of the city of Luxor, Karnak houses several temples, obelisks and shrines built throughout the Middle and New Kingdoms.

The temple of Amun-Ra is particularly famous for the vast Hypostyle Hall constructed during the reign of King Seti I.

Ptolemaic rulers and Copts altered parts of the complex for their own use.