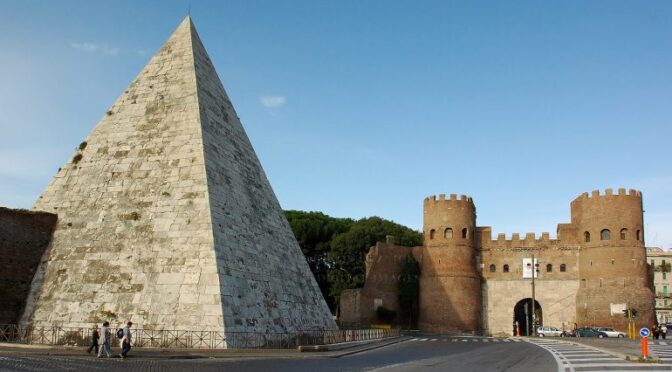 Discovering ancient Egypt in the heart of Rome, Italy

Have you ever seen a real mummy? In the Gregorian Egyptian Museum, which is a section of the Vatican’s museums, you will. It is the body of a woman, whose name was probably Amenirdis and it is greatly conserved.

Many are the monuments and rarities coming from Egypt in Roman times, as for instance hieroglyphics, stelae, mummy cases coming from the city of Thebes, canopic jars and ritual objects.

These are just a few of the treasures and wonders you can admire in the shrines located through the corridors in which you will find yourself fascinated. There is a whole part of the museum dedicated to the funeral customs of Ancient Egypt.

Did you know that for ancient Egyptians the death was not the meaning of an end?

Death was not the end of life but the beginning of a new existence. They believed that men had two souls: Ba and Ka. The first one was destined to the afterlife to receive the prize or the punishment concerned, whereas the second one remained with the body to look after it: it was used to put in the graves goods, food, beverages, clothes, cosmetics and all the things that the deceased may need and used during the normal life so that, even in the afterlife, they might survive.

Also, the physical body of the passed ones had to be as conserved as well preserved for the afterlife, and they had to be recognizable, this is why the technique of mummification was used.

The mummification technique had a profound spiritual meaning: the body, once mummified was made incorruptible and spiritualized. Another constant and typical funeral custom of ancient Egypt was to conserve even the organs of the passed ones.

The Canopy jars were the four vessels in which the mummified deceased’s organs were conserved. Usually, they were made in alabaster but also in other materials like stone or steel.

The caps are four because they are the representation of the four sons of Horus.

They collaborated with Anubis in the mummification of Osiris’s body, (the sovereign of the realm of the dead) and this is the reason why they became patrons of the canopy jars.

You will find these sculptures too, usually made of wood. They were often used and collocated in tombs to represent positive advice for the deceased in his or her travel. It was a tangible symbol that connected the Ka with life.

Navigation had a huge importance in Egypt: Egyptian people’s life highly depended on the Nile and it was venerated as it was a real and proper God.

A cat from ancient Egypt in Rome

Bast or Bastet is the name of the Egyptian cat goddess, venerated for protection and fertility. In ancient times to kill or injure a cat led to serious penalties and also cats were mummified and this explains how much they were respected and loved by people. So, cats where and are loved even nowadays by people from all over the world, even by the Egyptian Goddess Isis! There a place in Rome was walking just in front of Palazzo Grazioli and looking up you can find a cat statue which was part of the Isis Goddess Temple.

And there is also a “Roman” Pyramid

Rome is well known for its ancient architecture – the Colosseum, Pantheon, Trajan’s Market and the Roman Forum to name a few – but one thing it is not often associated with is pyramids. But right in the heart of Rome, sits a 2,000-year-old pyramid, measuring 30 meters along each side and 35 meters in height. You can’t miss it! Yet very few people have heard of Rome’s Pyramid of Cestius.

The Pyramid of Cestius was built along the Via Ostiensis, an important road in ancient Rome, sometime between 18 and 12 BC. While it is debatable whether the Egyptian pyramids were ever really used as tombs, the pyramid of Cestius most definitely was.

Within the pyramid is a barrel-vaulted burial chamber which, according to the inscriptions on the east and west flanks of the pyramid, housed the body of a Roman politician known as Gaius Cestius Epulo , a tribune, praetor and member of the priesthood. A second inscription announces that the building of this pyramid was completed in 330 days.

Pyramids were royal tombs and this particular custom came to Rome thanks to the Egyptian influence on Rome’s architecture developed after the civil war and Egypt became a province of the Roman Empire.