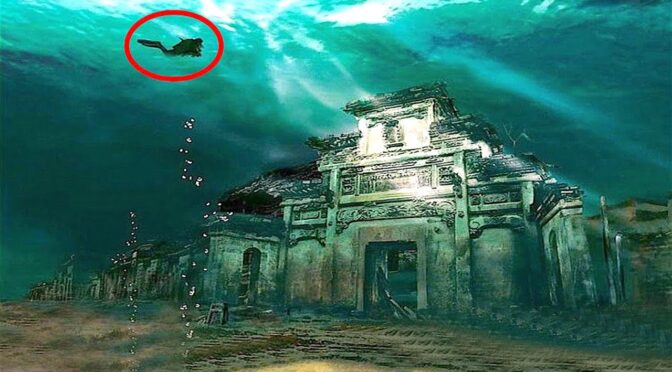 Alexander the Great founded the legendary city of Alexandria as he swept through Egypt to conquer the world. Now scientists have discovered hidden underwater traces of a city that existed at Alexandria at least seven centuries before Alexander the Great arrived, findings hinted at in Homer’s Odyssey and that could shed light on the ancient world.

In Egypt on the Mediterranean shore, Alexandria was founded in 332 B.C, to immortalize Alexander the Great. The city was renowned for its library, once the largest in the world, as well as its lighthouse at the island of Pharos, one of the Seven Wonders of the Ancient World.

Alexandria was known to have developed from a settlement known as Rhakotis, or Râ-Kedet, vaguely alluded to as a modest fishing village of little significance by some historians.

Seven rod-shaped samples of dirt gathered from the seafloor of Alexandria’s harbor now suggest there may have been a flourishing urban center there as far back at 1000 B.C.

Coastal geoarchaeologist Jean-Daniel Stanley of the Smithsonian’s National Museum of Natural History and his colleagues used vibrating hollow tubes to gently extract three-inch-wide rods of sediment 6 to 18 feet long (2 to 5.5 meters) from up to 20 feet (6.5 meters) underwater.

Collecting these samples underwater proved challenging. “Alexandria now is home to as many as 4 million people, and we were in the unfortunate position of having to deal with their discharge—human waste, municipal waste, industrial waste—which got released into the harbor,” Stanley said. “It’s not funny, but you have to sort of laugh.”

Ceramic shards, high levels of lead that were likely used in construction, building stones imported from elsewhere in Egypt, and organic material likely coming from sewage were detected in the sediment.

These all suggest the presence of a significant settlement well before Alexander the Great came. The results are detailed in the August issue of the journal GSA Today.

“Alexandria was built on top of an existing, and perhaps quite important, settlement, maybe one that was minimized in importance because we can’t see it now,” Stanley told LiveScience. “Nothing really concrete about Rhakotis has been discovered until now.”

Alexander the Great likely chose this area for Alexandria since it had a bay to protect a harbor against fierce winter storms in the Mediterranean.

“There are very few places in the Egyptian Mediterranean coast where the coastline is not smooth,” Stanley said. “This would have been the best place to establish a harbor.”

Stanley added this bay was even noted in Homer’s epic Odyssey: “Now in the surging sea an island lies, Pharos they call it. By it, there lies a bay with a good anchorage, from which they send the trim ships off to sea.”

This area might have been a haven throughout ancient times for the Greeks, Minoans, Phoenicians, and others. Future research could shed light on the life of mariners at this settlement before Alexander came. “Virtually nothing is known of the people who would have lived there,” Stanley said.