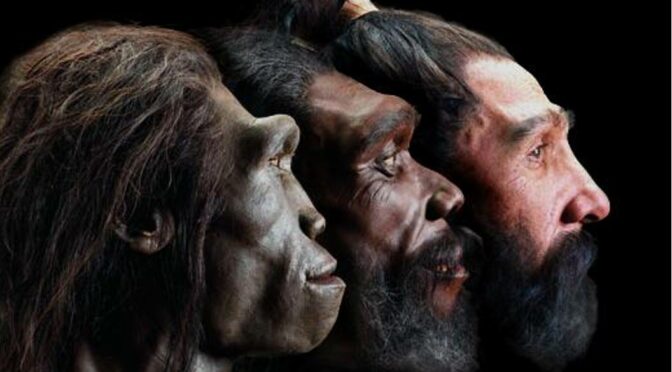 How white skin evolved in Europeans: Pale complexions only spread in the region 8,000 years ago, study claims

Humans around the world display myriad skin tones and eye colors that are fascinating and wonderful in their variety. Research continues on to see how people have acquired the features they have now and when to complete our puzzle of ancient human history.

New anthropology research now suggests that light-colored skin and the tallness associated with European genetics are relatively recent traits to the continent.

An international team of researchers as headed by Harvard University’s Dr. Iain Mathieson put forth a study at the 84th annual meeting of the American Association of Physical Anthropologists recently.

Based on 83 human samples from Holocene Europe as analyzed under the 1000 Genomes Project, it is now found that for the majority of the time that humans have lived in Europe, the people had dark skin, and the genes signifying light skin only appear within the past 8,000 years.

This recent and relatively quick process of natural selection suggests to researchers that the traits which spread rapidly were advantageous within that environment, according to the American Association for the Advancement of Science (AAAS).

This dramatic evidence suggests modern Europeans do not appear as their long ancient ancestors did.

The samples are derived from a wide range of ancient populations, rather than a few individuals, and they supplied researchers with five specific genes associated with skin color and diet.

AAAS reports that the “modern humans who came out of Africa to originally settle Europe about 40,000 years are presumed to have had dark skin, which is advantageous in sunny latitudes.

And the new data confirm that about 8500 years ago, early hunter-gatherers in Spain, Luxembourg, and Hungary also had darker skin: They lacked versions of two genes—SLC24A5 and SLC45A2—that lead to depigmentation and, therefore, pale skin in Europeans today.

Then, the first farmers from the Near East arrived in Europe; they carried both genes for light skin. As they interbred with the indigenous hunter-gatherers, one of their light-skin genes swept through Europe, so that central and southern Europeans also began to have lighter skin. The other gene variant, SLC45A2, was at low levels until about 5800 years ago when it swept up to high frequency.”

This differed from the situation farther north. Ancient remains from southern Sweden 7,700 years ago were found to have the gene variants indicating light skin and blonde hair, and another gene, HERC2/OCA2, which causes blue eyes.

This indicated to researchers that ancient hunter-gatherers of northern Europe were already pale and blue-eyed. This light skin trait would have been advantageous in the regions of less sunlight.

Mathieson and colleagues do not specify in the study why the genes were favored and spread as quickly as they did, but it is suggested that Vitamin D absorption likely played a role. Ancient hunter-gatherers in Europe also could not digest milk 8,000 years ago. The ability to do so only came about 4,300 years ago.

Paleoanthropologist Nina Jablonski of Pennsylvania State University notes that people in less sunny climates required different skin pigmentations in order to absorb and synthesize Vitamin D. The pale skin was advantageous in the region, as well was the ability to digest milk.

This new research follows related studies on pre-agricultural European genomes and modern humans in Europe before the rise of farming.

DNA taken from the wisdom tooth of a 7,000-year-old human found in Spain in 2006 overturned the popular image of light-skinned European hunter-gatherers. The study revealed that the individual had dark hair and the dark-skinned genes of an African. However, the man had blue eyes, an unexpected find by researchers. The hunter-gatherer is the oldest known individual in Europe found to have blue eyes.

Previous research published in 2008 found that the earliest mutations in the eye-color genes that led to the evolution of blue eyes probably occurred about 10,000 years ago in individuals living in around the Black Sea.

The surprising aspect of the findings is that while it is fundamental to natural selection that advantageous genetic attributes spread, it is not often a speedy process. The study shows that these genetic pale skin traits swept across Europe speedily, and that phenomenon is of particular interest to researchers.

The preprint study “Eight thousand years of natural selection in Europe” by Mathieson and colleagues has been published in the online journal BioRxiv. These new findings shed light on humanity’s genetic past, giving us a clearer vision of our ancient origins.