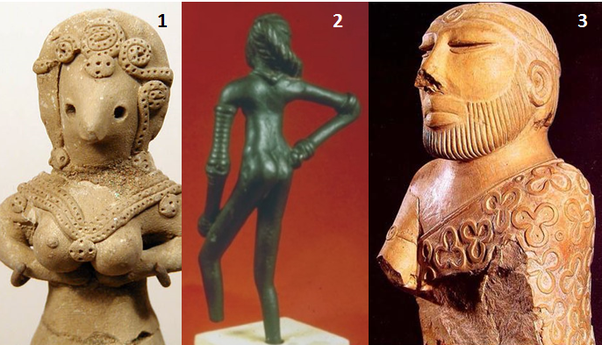 The excavations carried out at Mehrgarh have proved that the site represents a highly developed civilization that existed there until around 8,000 years ago, according to a French archaeologist.

The renowned archaeology scientist and Director of the Musee Guimet, Paris, Jean Francois Jarrige were delivering a lecture, organized by the French consulate general, on Mehrgarh at the Alliance Francaise.

Mr Jarrige, whose well-researched lecture was punctuated with slides, has carried out extensive archaeological explorations and investigations under the French Archaeological Mission in the Karachi area.

The mission has been doing exploratory work in Balochistan for nearly three-and-a-half decades. He said that Mehrgarh and its associated sites provided irrevocable evidence of considerable cultural development in early antiquity as far back as 8,000 years.

Most of the ruins at Mehrgarh are buried under alluvium deposits, though some structures could be seen eroding on the surface. Currently, the excavated remains at the site comprise a complex of large compartmental mud-brick structures.

The function of these subdivided units, built of hand-formed plano-convex mud bricks, is still not clear but it is thought that many were used probably for storage, rather than residential, purposes. A couple of mounds also contain formal cemeteries, parts of which have been excavated.

Although Mehrgarh was abandoned by the time of the emergence of the literate urbanized phase of the Indus civilization around Moenjodaro, Harappa, etc., its development illustrates the development of the civilization’s subsistence patterns, as well as its craft and trade.

Mr Jarrige said that many beautiful ceramics had been found at the site in Balochistan and were believed to be of the era as early as the eighth millennium BC. The French archaeologist said that studies suggested that the findings at Mehrgarh linked this area to the Indus civilization.

There are indications that bones were used in making tools for farming, textile, and there is also evidence of the use of cotton even in that period. Mr Jarrige pointed out that the skeletons found at the site indicated that the height of people of that era was larger than that of the later period.

He said that the architecture at that time was well developed. Rice was the staple food for those people and there were also indications of trade activities.

The French expert spoke of the difficulties he and his team faced during the exploration work in the area and regretted that some time back, owing to a feud between the two tribes, the Mehrgarh site had been vandalized and the exploratory work had come to a standstill. The work has not yet been resumed fully.

He also expressed his concern over the situation where a large number of antiquities belonging to Mehrgarh and other archaeological sites in Zhob and Loralai were available in the market. He called for efforts towards curbing such business, arguing that these antiquities belonged to the entire humanity, and not just a few individuals.

He, however, made it clear that the objects discovered by his team had fully been accounted for and handed over to the concerned officials. He said he would soon be publishing a book on the discoveries at this site, and hoped that this site would also come well-known like certain other sites in the country.

Earlier, Consul General of France Jean-Yves Berthault said that numerous French archaeologists had been carrying out exploration activities in different parts of the country, particularly Balochistan, for over three decades now and making significant discoveries viz-a-viz the history and heritage of mankind.