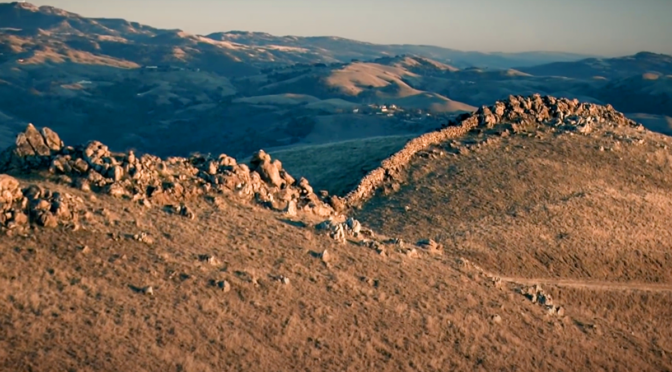 Mystery of the “East Bay” rock walls in California?

There are Remnants of Ancient stone walls all over the East Bay, and no one knows how old they are, who built them, or why?

Though people have been pondering the enigma of the  Berkeley Mystery Walls for well over a hundred years, no conclusions have been reached, and despite wild speculation, no serious scholarly study has ever been undertaken.

Stretching for over 50 miles, the East Bay “Mystery Walls” are found up and down the hills of the East Bay from Berkeley to San Jose.

The stone walls are up to five feet tall in places and are constructed from boulders of varying sizes, some weighing up to a ton.

The walls run in broken sections, anywhere from a few meters to half a mile in length, and are placed in unlikely and inaccessible places. They seem to serve no known purpose.

They are not continuous or high enough to act as an enclosure, or measure of defence. They are clearly, visibly, very old.

The heavy stones have sunk deep into the ground, and they are overgrown with lichen. After meandering throughout the Oakland hills, they head inland towards Mt. Diablo where they lead to mysterious stone circles, up to 30 feet in diameter. In one place the walls form a spiral 200 feet wide that circles a large boulder.

The Spanish settlers in the area reported that the walls were already there when they arrived, and when they asked the local Ohlone American Indians, they said the same thing.

In 1904, the founder of the Contra Costa Club said the walls were clearly of prehistoric origin and could be evidence that an advanced civilization had once settled in the East Bay.

Also in 1904, the professor of Oriental languages at UC Berkeley declared that the walls were surely the work of settlers from Mongolia, as the Chinese tended to wall in their cities, and the mystery walls were reminiscent of the Great Wall of China.

Others have theorized that they were built by the early Missionaries, and still, others wonder if Sir Frances Drake did not leave colonists behind at the site where he completed the circumnavigation of the globe.

While speculations abound, the “Mystery Walls of the East Bay,” or the “Great Wall of California” remains a mystery to this day.