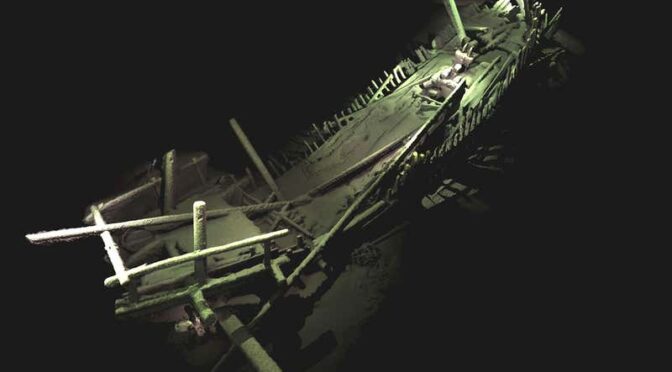 A group of maritime archeologists studying sea levels in the Black Sea have uncovered over 40 shipwrecks as a “complete bonus.”

Scientists have discovered a rare collection of over 40 shipwrecks in the Black Sea, including those from the Ottoman and Byzantine Empires, which provide insight into the ways of life and seafaring that stretch back into prehistory.

Researchers from the University of Southampton in the UK were surveying the Bulgarian waters of the Black Sea, where areas of land were inundated as the water level rose following the last Ice Age.

Members of the expedition mapping submerged ancient landscapes, the first of its kind in the Black Sea, discovered and inspected the shipwrecks, many of which provide the first views of ship types known from historical sources, but never seen before.

The wrecks, which include those from the Ottoman and Byzantine Empires, provide new data on the maritime interconnectivity of the Black Sea coastal communities and manifest ways of life and seafaring that stretch back into prehistory.

“We’re endeavoring to answer some hotly-debated questions about when the water level rose, how rapidly it did so and what effects it had on human populations living along this stretch of the Bulgarian coast of the Black Sea,” said Jon Adams, Principle Investigator on the Black Sea Maritime Archaeology Project (Black Sea MAP).

“As such, the primary focus of this project is to carry out geophysical surveys to detect former land surfaces buried below the current sea bed, take core samples and characterize and date them, and create a palaeoenvironmental reconstruction of Black Sea prehistory,” said Adams, Founding Director of the University of Southampton’s Centre for Maritime Archaeology.

Based on board the Stril Explorer, an off-shore vessel equipped with some of the most advanced underwater survey systems in the world, researchers are surveying the sea bed using two Remotely Operated Vehicles (ROVs).

“The wrecks are a complete bonus, but a fascinating discovery, found during the course of our extensive geophysical surveys,” said Adams.

“They are astonishingly preserved due to the anoxic conditions (absence of oxygen) of the Black Sea below 150 meters,” he said.