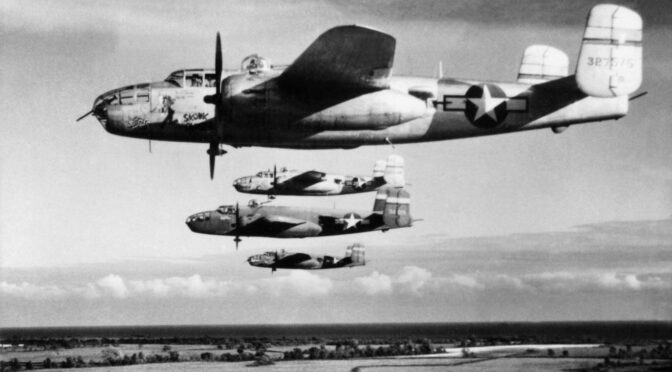 An archaeological dig in Sicily has uncovered traces of a lost World War II American heavy bomber shot down in 1943, and possible human remains that could lead to the identification of five airmen whose bodies were never recovered.

The six-week dig that ended this week was carried out by a team from the Pentagon’s Defense POW/MIA Accounting Agency, which locates and identifies missing U.S. military personnel around the world.

The site near Sciacca was identified in 2017 by investigators using historical records and metal detectors.

This year’s dig uncovered wreckage “consistent only to a B-25 aircraft,” said archaeologist Clive Vella, the scientific director of the expedition, contributing to hopes that any confirmed remains would be linked to the missing crew.

The North American B-25 Mitchell heavy bomber with a crew of six was one of 52 air losses with missing personnel in the area during WWII, mostly during 1943 as the Allies pushed into southeastern Sicily.

It was shot down as it targeted a camouflaged German airstrip amid olive groves and pastureland on July 10, 1943. A German military report documented the crash of a U.S. aircraft about two kilometres (just over a mile) from the Sciacca airport, Vella said.

One crew member was located immediately and buried in the town’s cemetery. The body was claimed in 1944 by U.S. military officials, but the other five airmen remained missing.

In the intervening decades, the crash site “like most others in the Mediterranean region, was scavenged for metal, the land restored to its original use,” Vella said. “The scars of a crash were mostly gone.”

The evidence, which includes possible human bones as well as potential remnants of the aircraft, has been transported to a laboratory in the U.S. for examination.