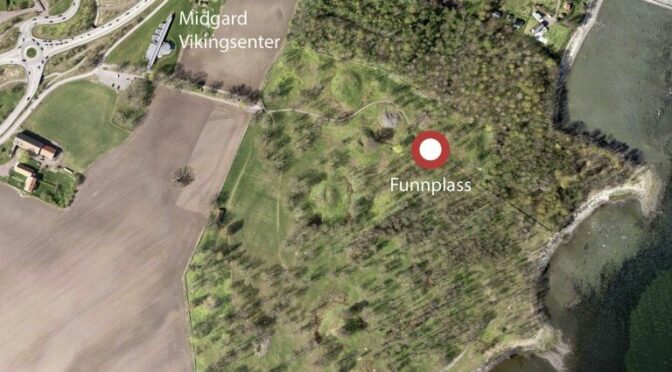 Archeologists believe they have found a rare Viking ship burial site in a region of Norway known for its Viking-era treasures, Norwegian officials said Monday.

The GPR data clearly show the shape of a ship, and we can see weak traces of a circular depression around the vessel.

This could point to the existence of a mound that was later removed,” Terje Gansum, leader of the department for cultural heritage management in Vestfold county, said in a statement.

He said researchers would carry out further investigations to try and assess the size of the preserved find.

There are only seven ship burials dating from the Viking Age (800-1050) in Europe, including three located in Vestfold county.

Another Viking ship burial was believed to have been found in Jellestad in southeastern Norway last year.

During the Viking era, when Norse seafarers raided and traded from their Northern European homelands across wide areas of Europe, high-ranking officials were sometimes buried in a ship on land, along with decorative goods and even oxen or horse remains, then covered with a mound of dirt.”

The discovery of a new Viking ship in Vestfold is a historic event that will attract international attention,” Norwegian Climate and Environment Minister Ola Elvestuen said.