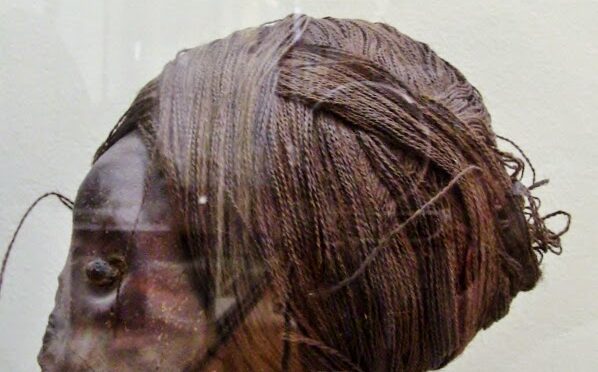 The Chinchorro culture existed on the coast of present-day northern Chile and southern Peru as much as 9,000 years ago, and interestingly they purposefully mummified their dead.

Mummification first arose about 7,000 years ago, making them 4,000 years older than the same practice carried out in Egypt.

The brain and other organs were removed on purpose, and replaced with vegetable matter. There is also evidence that the mummies were not immediately buried after death, but were carried on litters and proudly displayed for extended periods of time; a practice that the famous Inca also did.

They also practised mummification in all classes of their society, and often the elderly, children and even fetuses were given the most elaborate levels of preparation.

Most other cultures that did this practice reserved it solely for the elite.

What intrigued me even more than the fact that these ancient people performed mummification was that many of their skulls appeared to be elongated, as shown in these photos from the Iquique museum, located on the coast of Chile.

I have been studying the subject of cranial deformation, especially in Peru for many years.

Cranial deformation was a technique practised all over the world, and was most prevalent about 2000 years ago, mainly at the royal levels of society.

In Peru, the Paracas culture is perhaps the most famous, as well as the ancient people of Tiwanaku and the Inca.

Some early results show that many of the elongated skulls from Paracas had natural red hair.

The above skull from Iquique is strikingly similar to those found in Paracas, yet could be several thousand years older.

The only DNA analysis of elongated skulls to my knowledge is being carried out by me and Peruvian associates. Initial results from our US-based geneticist stated:

“Whatever the sample labelled 3A has come from – it had mtDNA with mutations unknown in any human, primate or animal known so far. The data are very sketchy though and a LOT of sequencing still needs to be done to recover the complete mtDNA sequence.

“But a few fragments I was able to sequence from this sample 3A indicate that if these mutations will hold we are dealing with a new human-like creature, very distant from Homo sapiens, Neanderthals and Denisovans.

“I am not sure it will even fit into the known evolutionary tree. The question is if they were so different, they could not interbreed with humans. Breeding within their small population, they may have degenerated due to inbreeding.”