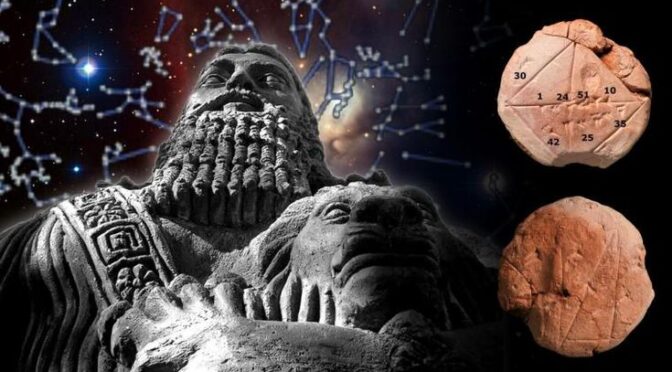 The current concept of time was created by the Sumerians 5,000 years ago!

Any ancient civilizations had a concept of time, although vague. Obviously, they knew that the day started when the sun rose and the night when the sun disappeared over the horizon.

But the ancient Sumerians, watching the skies, developed a much more complex system.

They realized that it was possible to divide the hours into 60 minutes and the days into 24 hours, developing the time measurement systems used today.

Ancient civilizations looked to the heavens to mark the passage of time.

The Sumer, or “land of the civilized kings”, flourished in Mesopotamia, which today is located in modern Iraq, around 4,500 BCE.

The Sumerians created an advanced civilization with its own system of elaborate language and writing, architecture and arts, astronomy and mathematics.

The Sumerian Empire did not last long. However, for more than 5,000 years, the world remained committed to its definition of time.

Ancient people and the passage of time

A year could be estimated based on the changes in the season and the relative position of the sun. The ancients realized that observing the skies could provide many answers to questions considered complex in their day.

When the Sumerian civilization came to decay, being conquered by the Akkadians in 2400 BCE and later by the Babylonians in 1800 BCE. In this way, the notion of dividing time into 60 units persisted and spread all over the world.

A round clock and a 24-hour day

When geometry was unveiled by the Greeks and the Islamists, the ancients realized that the number 360 was not only the time period of the Earth’s ideal orbit but also the perfect measure of a circle, forming 360 degrees.