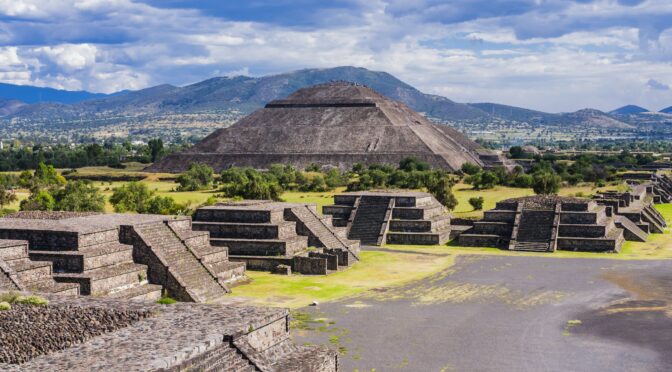 The Forgotten Culture That Built America’s “Pyramids” of Dirt

American history students know of the ancient Egyptians,  the Incas of Peru, and of the Aztecs of Mexico, but less know a major civilization that extends through the eastern United States from around 800 to 1600 CE. Meet the Mississippians.

Years before the European immigrants planted the seeds of modern civilization in North America, the Mississippi culture spread from the Florida Panhandle all the way to southern Minnesota.

Defining the dozens of discovered settlements are distinct earthwork mounds that resemble pyramids of dirt. Various structures were regularly constructed atop these mounds. Chiefs presided over individual settlements and were thought to regulate trade, particularly of maize, which archaeologists believe was the primary staple crop.

The rise of centralized agriculture is the most agreed-upon explanation for the evolution of the Mississippian culture. Settlements were set up near rivers to take advantage of fertile farmland. Food was grown and shared under the altruistic watch of the settlement chief.

With a reliable source of food, the Mississippians could undertake other pastimes. Metalworkers fashioned stone tools for farming and etched ornate copper plates for adornment.

Artists crafted necklaces and pottery out of riverine shells. Spectators watched athletes compete in a game known as chunkey, in which players tried to hurl a spear closest to a thrown disc-shaped stone.

Chunkey was often played in immense arenas. The largest was in the Mississippian capital of Cahokia, situated in southern Illinois just across the Mississippi River from modern-day St. Louis. At its peak around 1100 CE, the city was home to as many as 20,000 people.

Most residents lived in humble, thatched-roof dwellings near the outskirts of the sprawling city, but they would regularly venture to the heart of the settlement to visit markets set up in the four open plazas or to view religious ceremonies.

Cahokia featured at least 109 raised mounds, the largest of which had a base almost as expansive as the Great Pyramid at Giza. Atop these mounds were grand structures. Some may have been temples, places of politics,  or finer dwellings for higher-status residents.

The Mississippians thrived through the 13th century, but started declining thereafter. Floods associated with the Little Ice Age may have swamped their signature mounds. Other climatic events may have threatened the foundational maize agriculture that maintained their flourishing society.

Cahokia was abandoned in the later half of the fourteenth century, sending migrants roaming across the land to seek new starts at other settlements.

The diaspora brought with it political turmoil and warfare. By the time Europeans began actively colonizing North America in the 16th century, the Mississippian culture was torn, ragged, and disconnected, a shadow of its former self.

While there has been no shortage of beautiful artifacts recovered from Cahokia and other Mississippian settlements, there’s been a complete absence of any form of writing. It seems the Mississippians lacked a writing system.

This critical dearth of information helps explain why the Mississippians rarely make it into textbooks of American history, and why only 2,600 words are written about them on Wikipedia compared to 13,000 for Ancient Egypt.