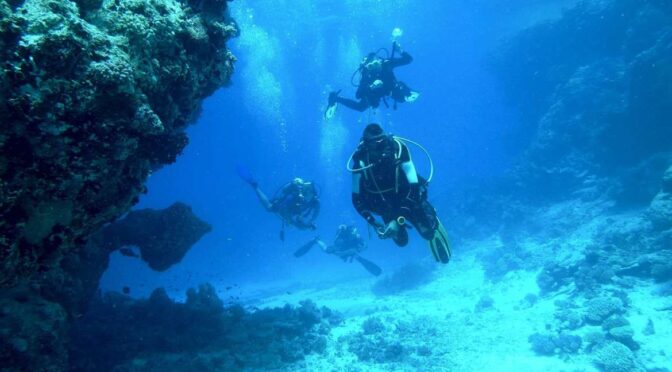 October 3rd, 2022 – There are frequent archaeological finds all over Croatia, with most of them involving the Roman Empire being discovered in Dalmatia. One such find is yet another in a series of impressive relics which transport us back to the time of Roman rule over Istria.

As Morski writes, an impressive archaeological find was discovered down on the seabed of Barbariga bay in Istria recently. A large Roman pier, almost 60 metres long, where two thousand years ago some of the best olive oils of the Roman Empire were loaded up has been unearthed.

The sea always hides many stories both on the surface and below it, and this one, in particular, is a story that takes us straight back to the time when Istria was ruled by the ancient Romans.

Ida Koncani Uhac, head of the underwater archaeology collection from the Archaeological Museum of Istria, said that they are investigating a Roman jetty in Barbariga bay, and at a depth of a mere three metres, archaeologists found a monumental structure – the aforementioned almost 60-metre-long Roman pier constructed with three rows of stone blocks.

”We as divers are here to help the archaeologists in their work and to take care of the safety of diving because diving needs to be done in pairs. This is the rule in diving,” said Sandra Kamerla Buljic, a local diving instructor. This particular dive takes us back two thousand years, to the times of the mighty Roman Empire, and when the sea level was a full two metres lower than it is today

”Back during that time, one of the largest oil mills in the entire Roman Empire was located on the coast, and there were also impressive villas and a large jetty as part of the commercial port.

There were no roads, and maritime traffic dominated. These ships would dock and load up the olive oil, which Pliny the Elder wrote was the second best in quality in the entire Empire, and it was then transported in amphorae.

These amphorae were produced in Fazana, also in Istria, and they were then transported to the pier. This is where oil was stored and then shipped on, mainly to the Northern Adriatic, to Aquileia, the river port of Aquileia and further inland to supply the Roman army that guarded the borders of Histria,” explained Koncani Uhac.

Discovering a story that was forgotten for thousands of years is the job of archaeologists, and Dolores Matika, an archaeologist, stated that they are interested in whether any seeds and fruits have been preserved.

More will be known after they conduct further research into these findings, but given the fact that they have found olive pits, they expect satisfactory results in this regard.

Remains of amphorae, dishes, glass and ceramics have already been found, and Koncani Uhac has claimed that they also found an interesting bowl that they managed to date to the period 15-25 years after Christ.

The research is being carried out as part of the “Istrian Undersea” project, in which as many as seventeen diving clubs are participating.

All of them are exploring their areas in search of archaeological traces, and ancient remains of Roman ports have been found throughout Istria, as HRT reported.

For more, make sure to check out our dedicated lifestyle section.