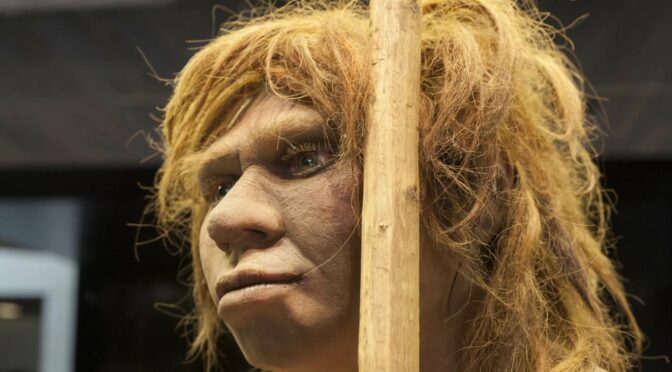 Was Fertility a Factor in the Demise of Neanderthals?

Neanderthals could have gone extinct due to a slight drop in their fertility rates, a new study finds.

The last of the Neanderthals, the closest extinct relatives of modern humans, disappeared from Europe about 40,000 years ago. Previous research estimated that at its peak, the entire Neanderthal population in both Europe and Asia was quite small, totaling 70,000 at most.

Scientists have long debated whether the dispersal of modern humans across the globe helped kill off Neanderthals, either directly through conflict or indirectly through the spread of disease.

“The disappearance of the Neanderthal population is an exciting subject — imagine a human group that has lived for thousands of years and is very well-adapted to its environment, and then disappears,” study senior author Silvana Condemi, a paleoanthropologist at Aix-Marseille University in Marseille, France, told Live Science.

“For a long time, it was thought that Homo sapiens had simply killed the Neanderthals. Today, thanks to the results of genetic analysis, we know that the encounters between Neanderthals and sapiens were not always so cruel, and that interbreeding took place — even today’s humans have genes of Neanderthal origin.”

Instead of investigating why the Neanderthals disappeared, “we looked for the ‘how’ of their demise,” Condemi said.

Specifically, the scientists generated computer models that explored how Neanderthal populations might decline and go extinct over time in response to a variety of factors, such as war, epidemics and reduced fertility or survival rates among men and women of varying ages.

“Very quickly, we found something unexpected — this disappearance, which occurred over a very long period, cannot be explained by a catastrophic event,” Condemi said.

Computer models that assumed modern humans killed off Neanderthals via war or epidemics found that these factors would have driven Neanderthals to extinction far more rapidly than the 4,000 to 10,000 years in the archaeological record during which modern humans and Neanderthals are known to have coexisted in Europe, the researchers said.

The scientists also found that neither an increase in juvenile or adult survival rates, nor a strong decrease in fertility rates, were likely causes for the long decline seen in Neanderthals.

“The disappearance of the Neanderthals was probably due to a slight decline in the fertility among the youngest women,” Condemi said. “This is a phenomenon that is limited in scope that, over time, had an impact.”

A variety of factors might have lowered these fertility rates. Condemi noted that pregnancies among young, first-time mothers “are on the average more risky than second or later pregnancies.

A minimum of calories is essential for the maintenance of pregnancy, and a reduction of food, and therefore of calories, is detrimental to pregnancy.”

Neanderthals disappeared during a time of climate change. Environmental fluctuations might have led to a slight decrease in food, and in turn “may explain a reduction in fertility,” Condemi said.

Condemi noted that prior work suggested that with modern humans “if the average number of births falls to a level of 1.3 among the women of the world, our species would disappear in 300 years. This is an unlikely model, but the results would be very rapid!”