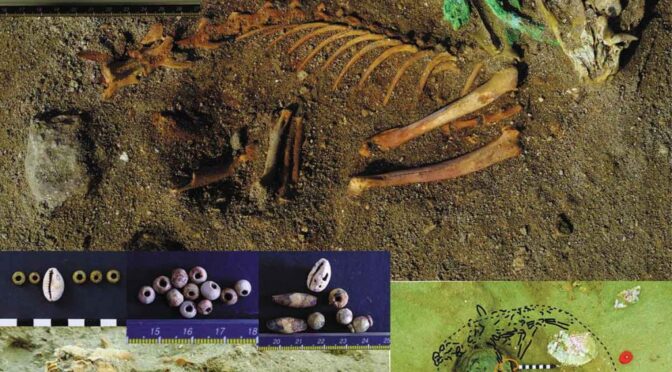 A dig near the famous ancient Egyptian port city of Berenice has turned up a mysterious animal cemetery dating to the 1st century AD.

It emerged in the dunes to the northwest of the important ancient Red Sea port of Berenice, which saw traffic from far and wide, with ships coming from East Africa, Europe, and India.

Ninety per cent of the nearly 600 burial sites explored unearthed cats, though there were also dogs and macaque monkeys, a few of them definitely imported from outside Africa.

The find was published by a team led by Marta Osypinska, an archaeozoologist at the Polish Academy of Sciences, in the journal World Archaeology.

Several characteristics make this discovery uniquely mysterious. For one thing, none of the animals was mummified, as they are at other archaeological sites, such as temples. Here, too, there was a greater variety of species and funeral practices. Also, unlike at other burial sites, there were no humans among the beasts.

While the animals obviously had a special place in their society, the paper says, to think of them the way we think of pets today might not be quite right. These “companion animals,” as the researchers call them, probably played more of a utilitarian role than the pampered pets of today.

Still, the animals were definitely treated well in death.

They’re accompanied by craft objects like pottery that is thought to have protected them, and the creatures also have adornments like beaded necklaces made of stone, glass, and faience and shell. They were uniformly found in a sleep-like position.

Other experts second the conviction that the site is truly something new.

“It’s something completely different than what we see elsewhere,” Bea De Cupere, an archaeologist at the Royal Belgian Institute of Natural Sciences in Brussels, who was not involved with the project, tells Atlas Obscura.

READ ALSO: GRAVES OF NEARLY 600 CATS AND DOGS IN ANCIENT EGYPT MAY BE THE WORLD’S OLDEST PET CEMETERY

“I’ve seen thousands and thousands of bones in my career, and maybe 10 cats,” she says.

According to her research, the ships that came and went in these ports usually had cats aboard for pest control, suggesting that these may have been partly working animals.