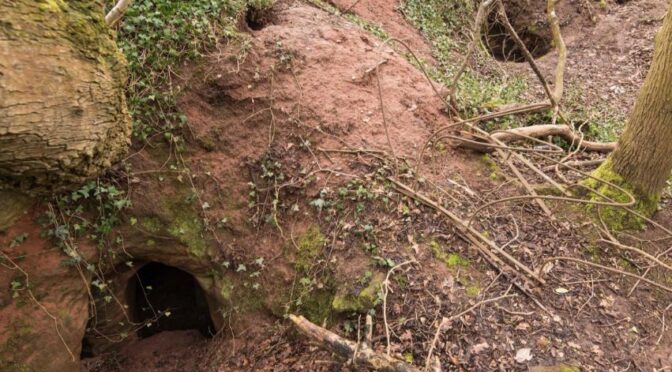 A farmer discovers an Ice Age cave hidden under his field that is over 11,000 years old

A farmer discovered an Ice Age cave that was naturally formed and used by humans. Adam Bryczek had been roaming his land near the town of Kraśnik in south-eastern Poland when he came across what appeared to be a large hole.

But what had originally been a small opening in the ground, had widened over time, before ultimately collapsing.

Startled Bryczek found the opening led down around 10 metres into an underground cave with an area of a few dozen square metres and a maximum height of up to around 140 cm – not enough for most adults to stand upright.

Bryczek reported his find to Dominik Szulc, the guardian of monuments in Kraśnik County, in January.

Since then, the site has been visited by archaeologists from Lublin, the capital of the region.

The underground space appears to be a solutional cave, which means that it was formed by the bedrock being dissolved by groundwater.

During this period, a Scandinavian ice sheet covered the Lublin Upland and the local area was covered by a thick layer of snow, he explains.

During temporary increases in temperature, there was a lot of flowing water, which dissolved the limestone rock, forming the walls, floor and ceiling of the cave.

Even though the cave formed naturally, the researchers point out that it was visited by humans, apparently to extract stone for building.

In a post on Facebook, Szulc did not publish the cave’s exact location, warning that it could be dangerous.

He wrote: “It is not suitable for access to visitors, because it is too small and low, with a steep and dangerous entrance leading to it.”

Experts are now working on a way to secure the cave so that people can enter it again to conduct scientific research.