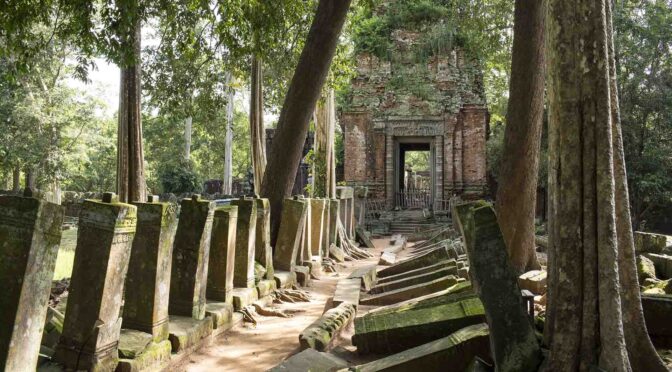 Denver museum to return looted relics to Cambodia after the U.S. moves to seize them

Decades after they were hacked from temples and other historical sites, four ancient statues from the Denver Museum of Art are finally heading home.

The museum has agreed to turn over the relics to the U.S. government, which plans to return them to their native Cambodia, according to a forfeiture complaint filed Monday in the Southern District of New York’s federal court.

The repatriation announcement comes amid mounting pressure by U.S. and Cambodian authorities on prominent art institutions to reexamine their collections of Khmer art, especially pieces acquired over decades of unrest in the country when looters stole vast numbers of culturally significant antiquities.

And it closely follows an investigation by the International Consortium of Investigative Journalists and The Washington Post, which reported last month that 10 museums—among them the Denver Art Museum—hold 43 relics in their collections linked to a notorious indicted art dealer, Douglas Latchford.

“I am delighted by the upcoming return of these four highly significant cultural objects to Cambodia,” said Phoeurng Sackona, the Cambodian Minister of Culture and Fine Arts. “Each one has a fascinating story and priceless value to our nation.”

In recent years, the Cambodian government has launched a vigorous effort to gather information on hundreds of valuable cultural artefacts the country says were stolen.

Many of these pieces now reside in the U.S., Western Europe and Australia.

Federal authorities said that the four pieces in Denver were identified as stolen by the former leader of a major Cambodian looting team that removed ancient artefacts when the country was governed by the genocidal Khmer Rouge regime in the 1970s.

The museum acquired the relics from Latchford between 2000 and 2005, according to the forfeiture filing.

Latchford was indicted in 2019 for allegedly looting Cambodia’s cultural heritage on a grand scale. The case against Latchford was dropped last year after he died.

Over his decades of trading antiquities, Latchford amassed one of the world’s largest private collections of Khmer treasures, mostly Hindu and Buddhist sculptures.