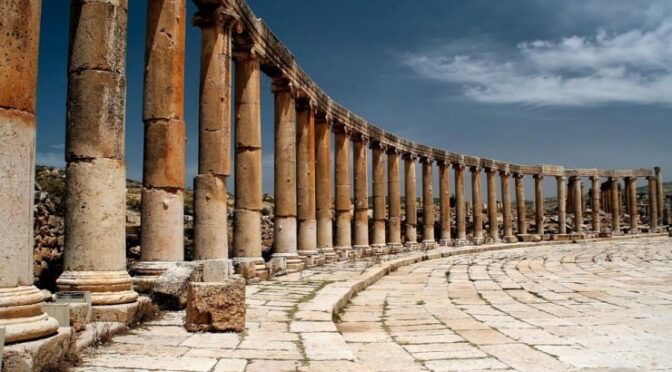 Munigua, a hidden Roman city in the Sevilla sierra, spain

There is no shortage of Roman ruins in Spain. Some are in the middle of modern city centres, such as Mérida’s theatre and amphitheatre, in Extremadura. Or Itálica, which is reachable by bus from Seville. Others are out in the middle of nowhere, at the end of a track, in a random field. This was the case with Munigua, making it a reasonable option to explore in the middle of a pandemic.

For centuries it was taken for granted that the temple must have been an ancient castle, abandoned after some old war. Only recently, when the Roman inscriptions appeared, the scholars realized that they were dealing with a Roman temple.

But this temple is way too big for the size of the city. We do not know to which deity it was dedicated. Given its enormous size, it must have been a significant Iberian god or goddess.

Munigua was founded in the III century BCE before Romans came. But let’s not lose hope: excavations have been going on for over 60 years, so sooner or later we will know!

The Romans took over the Iberian city because it was located close to very rich mines. But alas, an earthquake destroyed the town in the III century ADE, and it was never rebuilt.

The mines had been worn out already, and the city was far away from everything. Some people stayed there to live, especially the Moorish. In Munigua, you can actually see the oldest Moorish tombs in Spain. But it was not an important city anymore. In the XII century, it was definitely abandoned.

Since then, people simply have forgotten that once upon a time, there had been a whole city right in this spot. This is how you find Munigua today: in the middle of the same landscape that the Romans knew -wild, unique, still full of mysteries.

If you plan to go to Munigua, make sure that the weather conditions are right. If it is raining, it will not be opened. On the bright side, the entrance is free.

Bring your drinks and food -there are no shops there. Think of this visit as if you went for a hike to the mountains! Do not forget solar protection -it is Sevilla, so it will be most likely sunny – and comfortable shoes -after all, you are going to walk at least 6 km!

There are few cities in Spain like Munigua. You get to walk around its ancient streets and get inside the very well preserved buildings. The shovels of the archaeologists have dug out thermae, big houses, a forum, temples, some parts of the ancient city wall.

The funny thing about this one… it was never ended. Also, it went through the two necropoleis of the town, which was very strange for a Roman city: the dead people were always left outside. Same thing with the main temple, at the top of the hill: its architecture in terraces is very atypical in the Roman world.

The whole city is built indeed on terraces, with stairs going in all directions, like big chaos, very unlike the civilized Roman order. We can only assume that the previous Iberian inhabitants never entirely left!