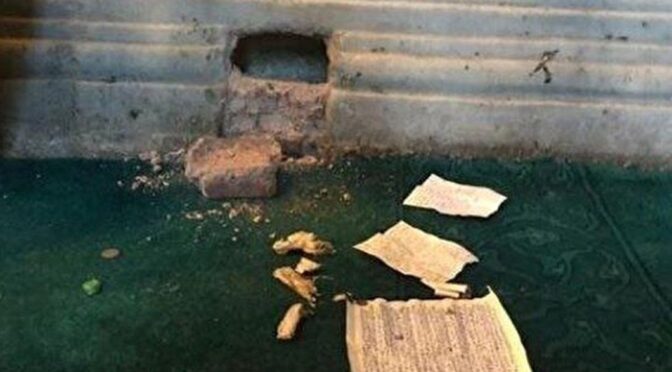 Mysterious Papyrus found Indside a Hidden “Crypt in Agia Sophia: What do they say?

The reason for identifying this special find was the observation of a Muslim believer who went to Hagia Sophia to pray (UNESCO condemned Turkey’s court decision to turn Hagia Sophia into a mosque).

The Muslim saw that a stone about 10 cm long and 30 cm wide had come off a wall and notified the authorities.

Surprised, the police could not believe their eyes when they rushed to the spot, discovering five parchments with Hebrew writing (as they first estimated) hidden in a bag.

The first estimates for the parchments found in a crypt in Hagia Sophia were made by art historian Selçuk Eracun.

“The parchments are not written in Hebrew as originally written,” Selçuk Eracun told CNN Turk, adding that “one is written in Romanian and one in runic writing.”

“Some parchments contain wishes. The person who wrote the parchment in Romanian wishes good luck to his family. He also writes about his dream of living in America. “There are also the names of the children of his family,” he said.

He continued: “The other parchment contains writing similar to the runic alphabet used in Scandinavia.”

“As we can see, the parchments are not very old. Those who go to Hagia Sophia to pray, write wishes and leave them. It’s a tradition,” said the art historian.

“It is not uncommon to find parchments in crypts on the walls, as marble often falls,” he concluded.