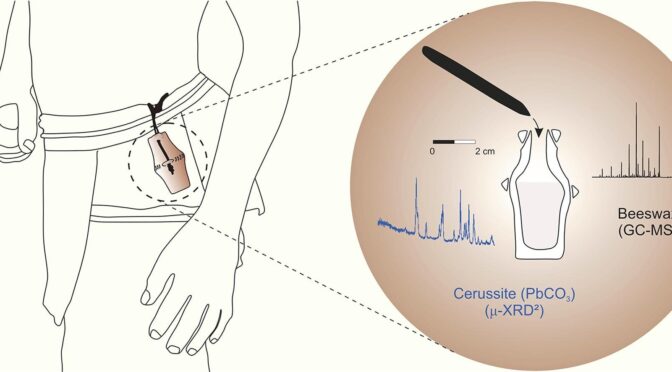 Three researchers from the Center for Preventive Archeology in Germany and the Slovenian Institute for Cultural Heritage Conservation at Eberhard Karls University in Tübingen have found evidence of the oldest known cosmetic use at the Balkan excavation site.

In their paper published in the Journal of Archaeological Science: Report, Bine Kramberger, Christoph Berthold, and Cynthianne Spiteri describe ceramic bottles containing cosmetics and what’s inside them.

In 2014, team member Bine Kramberger discovered a small one Bottle At the excavation site of Zgornje Radvanje in Slovenia. Shortly thereafter, other bargains found similar bottles.

Over the next few years, more than 100 bottles have been discovered in the area.

The first review of the bottle suggested that it was some kind of children’s toy, or perhaps a medicine bottle, due to its small size. I also found that the handle of the bottle had a hole.

This suggests that the bottle was hanging around the waist or perhaps the neck. In this new initiative, researchers scrutinized the inside of some bottles to learn more about what they might have once had.

A close examination of more than a dozen bottles revealed traces of cerussite, also known as “white lead” or carbonite. It has been found in various containers from multiple locations around the world throughout history.

It was even used in modern paints until it turned out to be addictive to children who consumed it.

Researchers also note that many of the small bottles were found nearby in elongated stone tools. This could be an extractor.

The team also found small pieces of animal fat, beeswax, and vegetable oil in the bottle. All signs of material intended for application to the skin.

The bottle dates from 4350 to 4100 BC and is evidence of Europe’s oldest known cosmetic use. It also lags behind the use of cosmetics in Mesopotamia and Egypt. The bottle is believed to have been created and used by a Neolithic hunter-gatherer known as Rasinja.