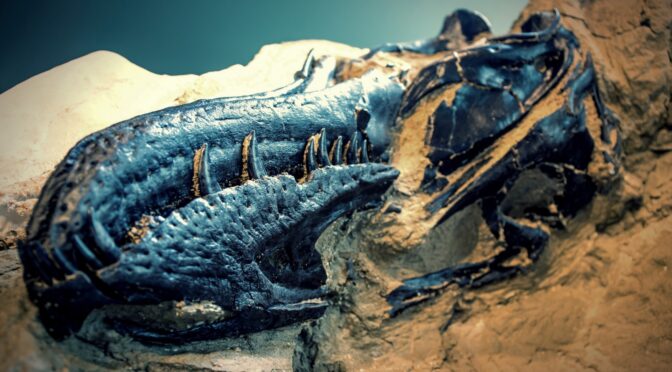 Spectacular Fossil of ‘Dueling Dinosaurs’ Can Finally Reveal Its Secrets

Palaeontologists will finally have the chance to study in detail an exquisite fossil containing what appears to be the most complete Tyrannosaurus and Triceratops skeletons on record, tangled together in possible epic combat.

Originally discovered in 2006, the ‘Dueling Dinosaurs’ fossil was kept in private hands and locked away in warehouses for 15 years.

The prestigious find was finally acquired by the North Carolina Museum of Natural Sciences (NCMNS) and is promised to shed new light on the paleobiology of the most famous prehistoric adversaries ever existed.

Did the juvenile tyrannosaur and the full-grown ceratopsian actually fight each other to death? Or did the two animals entombed together by chance, perhaps as carcasses caught on the same river sandbar? No one knows for sure, but there’s a series of tantalizing clues that need to be taken into account.

For example, the juvenile Tyrannosaurus had most of its teeth broken, its skull is cracked and it also bears a broken finger. Triceratops for its part had tyrannosaur teeth embedded in their spine.

Whether the aforementioned injuries were sustained during a brutal battle between the two adversaries or occurred after each creature’s death is yet to be concluded.

Most scientists agree that the full excavation of the skeletons may help solve this 66 million-year-old mystery.

The ‘Dueling Dinosaurs’ fossil is a truly remarkable find. It is thought to include 100% of both creatures’ bones, as well as body outlines, skin impressions, and possibly even the remains of soft tissues and stomach contents.

“What is remarkable about these specimens is they still preserve all their context about the late Cretaceous period surroundings. So we can really dive in and know there is integrity in the scientific data that will come from these specimens,” said Lindsay Zanno, a palaeontologist at North Carolina State University and the NCMNS head of palaeontology.

Some of the questions researchers want to answer about the fossils include determining if molecules are preserved in the skin impressions and if the tyrannosaur fossil shows evidence of feathers.

Moreover, the juvenile tyrannosaur specimen could shed new light on the growing stages of the ‘tyrant lizard king’ and its transformation from an agile hunter to a bulky superpredator.

Despite being a recurring theme across most dinosaur media, the iconic showdown between T.rex and Triceratops was only weakly backed up by scientific evidence.

The examination of the ‘Dueling Dinosaurs’ fossil could confirm -among others, that such violent interactions did indeed take place in the Late Cretaceous North America 66 million years ago…

The fossil will be housed in a new expansion to the North Carolina Museum of Natural Science, including a state-of-the-art palaeontology lab, that will open in 2022. For more information about this spectacular fossil as well as the future exhibit visit the official site of the NCMNS here.