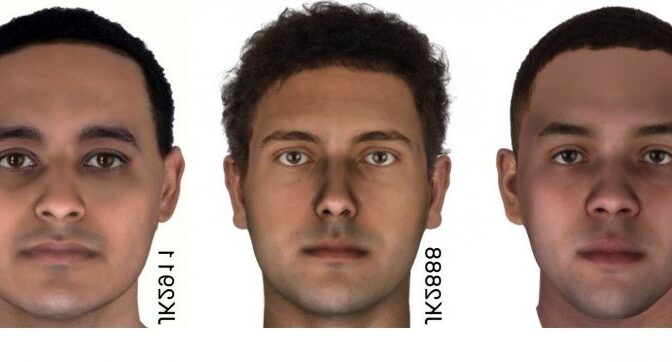 They rebuild the faces of Egyptian mummies from their 2,000-year-old DNA

The trio of samples, estimated to be between 2,023 and 2,797 years old, is thought to be the first time contemporary procedures have been employed on the human DNA of this antiquity.

Parabon NanoLabs employed cutting-edge technology and a forensic artist to forecast the men’s appearance around the age of 25 to reveal the features of the ancient Egyptian mummies.

The mummies come from the Abusir el-Meleq, an ancient Nile hamlet. The researchers discovered that their origin was more similar to the modern Mediterranean and Middle Eastern people than Egyptians.

They were described as having light brown complexions, dark hair and eyes, and no freckles.

“These results are highly consistent with Schuenemann et al’s conclusions that ‘ancient Egyptians shared more ancestry with Near Easterners than modern-day Egyptians, who received additional sub-Saharan admixture in more recent times and that they had an allele for lighter skin,” according to a press release from Parabon.

Before they were sequenced and “matched to the human reference genome,” raw data from three ancient Egyptian mummies was received from the European Nucleotide Archive (ENA). Each sample was subjected to enzymatic damage repair.

It was argued that the work was only possible because of biometric developments in the field of low-coverage imputation.

“Parabon has been the leader in forensic microarray analysis for years, and with the advent of this new imputation method, we can now handle even the most complex samples, ancient or forensic,” said Dr. Janet Cady, a Parabon bioinformaticist and WGS analyst who spearheaded the work.

Parabon used their “Snapshot DNA Phenotyping pipeline” on the three ancient mummy samples after the “imputation” stage. Snapshot, which was created to deal with missing data in difficult forensic cases, “predicted each mummy’s ancestry, colour, and face morphology,” according to the researchers. The men’s front and side profiles, as well as a facial heat map, were revealed by the three-dimensional “face morphology.”

“It’s fantastic to see,” said Dr. Ellen Greytak, Parabon’s director of bioinformatics. This is a condensed version of the information.