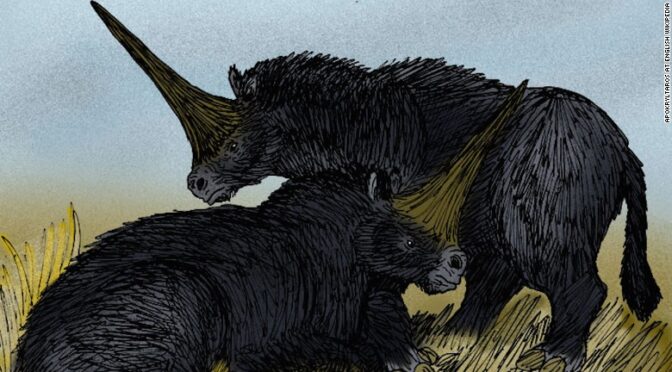 Did ‘unicorns’ co-exist with humans? Yes, but they were just rhinos

Sorry, guys, but I’m going to be a killjoy on this one. But first, the good news: According to a study published last month in the American Journal of Applied Science, a species called Elasmotherium sibiricum — the “Siberian unicorn” — went extinct much later than previously thought.

Researchers from Tomsk State University believe they’ve found fossil evidence of a Siberian unicorn prancing around just 29,000 years ago — more than 300,000 years after they were thought to have gone extinct.

Homo sapiens was stomping around by then, which means our ancestors may have encountered this beast.

Despite the image on that post, the Siberian unicorn was far from being, you know, a unicorn. It was a rhino.

Note that this finding isn’t cool: Whenever scientists discover evidence that something survived for hundreds of thousands of years past its assumed expiration date, it’s worth noting.

If the fossil — which is just a small fragment of the skull — was correctly categorized and radiocarbon dated, then it suggests that a small group of the species was able to survive in what’s now Kazakhstan, even as the rest of its kind died off.

Figuring out why that happened could help scientists understand how the planet was changing during that period and how resilient these kinds of animals are to climate shifts.

I just don’t get why we’re trying to pretend this rhino was a unicorn.

My roommate tried to convince me:

“Well, what’s the relative length and girth of the horn?”
“I guess it’s slightly longer than a modern rhino.”
“I rest my case.”

So that’s something, I guess. Forbes reports that the horn was “likely multiple feet long.”

Still, I have to agree with Ben Guarino at Inverse, who argues that the Siberian unicorn “was a unicorn in the same way that a seahorse is a mustang.”

We can’t even really entertain the idea that this shaggy beast inspired unicorn mythology, because the time and place it lived just doesn’t jibe with that.

But, hey, scientists and future scientists of the world, take this as a lesson: Giving your newly discovered species (or even your research boat) a good name can go a long way.

Never hesitate to throw in a shout-out to a pop star or a mythical creature. Never. You are not too good at this. Science is not too good for this.

Because in an age when sources of entertainment are literally endless, people all over the world spent this morning reading about the radiocarbon dating of a shaggy ancient rhino.