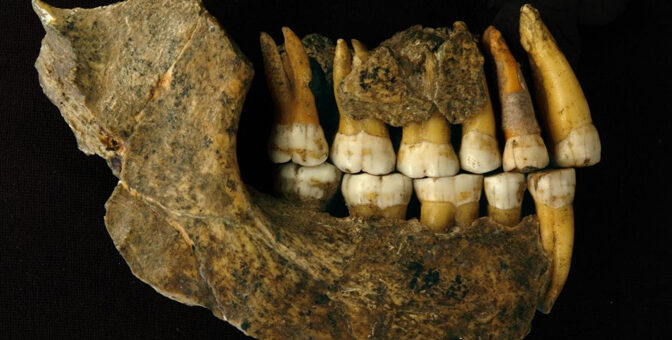 Neanderthals disappeared from Europe thousands of years earlier than we thought

CNN reports that Neanderthal remains previously dated to about 37,000 years ago are about 10,000 years older, based upon new dates obtained by an international team of researchers through a process called liquid chromatography separation.

It is exactly when Neanderthals, our nearest relatives, died in Europe, that he is fiercely debated. They are believed to have gone extinct around 40,000 years ago—not long after modern humans have migrated out of Africa.

However, previous analyses of remains discovered in Belgium’s Spy Cave had placed specimens as recent as around 37,000 years ago — which would have made the owners some of Europe’s latest surviving Neanderthals.

But experts from Belgium, England and Germany suspected that the age of previously analyzed specimens could be unreliable due to contamination.

Using a process known as liquid chromatography separation, experts extracted a single amino acid from the Neanderthal remains. They used this to date and reanalyze the remains, which were now free from contaminants such as glue.

The experts said that contamination of the remains meant that they had been dated as “inaccurately young” by up to 10,000 years.

Experts then dated remains found at two other Belgian sites, Fonds-de-Forêt and Engis, and found the remains were a similar age to those found in Spy Cave.

“Dating all these Belgian specimens was very exciting as they played a major role in the understanding and the definition of Neanderthals,” Grégory Abrams, an archaeologist at Belgium’s Scladina Cave Archaeological Centre, said in a statement.

Based on these latest radiocarbon dates, experts estimate that Neanderthals disappeared from the region much earlier than previously estimated — 44,200 to 40,600 years ago.

“This new study gives us more clues about when Neanderthals got extinct in Europe,” lead author Thibaut Devièse, associate professor at Aix-Marseille Université, told CNN in an email.

“There was some controversy about the last appearance of Neanderthals in Western Europe and particularly for some individuals from Spy Cave,” he explained.

“Dating is crucial in archaeology, without a reliable framework of chronology we can’t really be confident in understanding the relationships between Neanderthals and Homo sapiens as we moved into Europe 45,000 years ago and they began to disappear,” Tom Higham, a professor at the University of Oxford, who directs the PalaeoChron research project, which ran the study, said in a statement.

“That’s why these methods are so exciting because they provide much more accurate and reliable dates,” Higham added.

Devièse said that more accurate dates for these Neanderthal specimens answered one important question — but also opened up new ones, such as how long did Neanderthals and early modern humans overlap?

“We now know more precisely when Neanderthals disappeared in Europe, but we now need to confirm with the same robust methods when anatomically modern humans arrived in order to elucidate for how long these two species cohabited,” he added.

The research was published in the journal Proceedings of the National Academy of Sciences.