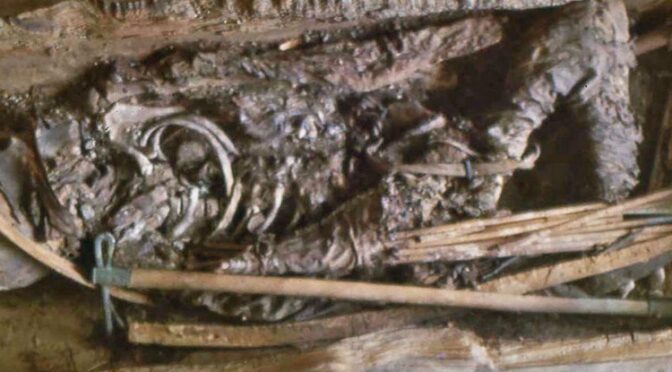 Throughout Greek mythology there existed a tribe called Amazone, comprising only of women, and a hunting tribe that tamed horses and fought.

While it is said that Amazon exaggerated the tribal tribes that lived on the Black Sea coast, the Scythians of the nomadic horse races that appeared in the record from around the 9th century BC were actually girls of age 13 years old. DNA tests revealed that there was a ‘female warrior’.

The myth of ‘ female warriors ‘ has been considered a purely imaginary product for many years but in the last years, archeological evidence has been found of the existence of female warriors.

By the end of 2019, it was revealed that the two Scythian warriors found in western Russia, buried about 2500 years ago, are women.

The two female warriors were buried together with the other women, and the burial items included an iron knife, over 30 arrowheads, and a harness for horse riding.

It is said that one of them was wearing a headdress with a flower-shaped decoration at the age of 40 to 50 years old, and the other was buried at the age of about 30 to 35 years old, straddling a horse.

‘We can say that these two were indeed horsemen,’ said Valerii Guliaev, an archaeologist at the Institute of Archeology of the Russian Academy of Sciences.

Guliaev’s research team seems to have discovered 11 women who were buried under the armed condition in the past 10 years, and female warriors were undergoing the same burial ceremony as male warriors.

In the wake of Guliaev’s findings, another research team focused on the Scythian warriors found in the Tuva Republic in 1988.

Varvara Busova, an archaeologist at the Russian Academy of Sciences, discovered that the warrior was a young man because he had found burial items such as axes and bows that would normally be housed with men and no burial items associated with women such as beads and mirrors. It was thought to have been.

The warrior was housed in a larch casket with various weapons and was partially mummified.

When the research team examined the DNA of the body, it was found that the body was female and that the age was not even 14 years old. Girl warrior is wearing, such as fur coats, coat dipodidae seems to have been made by Awa connect the skin.

In addition, it may be possible to find out the cause of the girl’s death by performing restoration work of the burial goods and CT scan of the body.

Historian Adrian Mayer pointed out that the Scythians had female warriors because they were small as a social group. ‘Since they lived in a small tribe, it makes sense that everyone in the tribe is a stakeholder. They all had to contribute to defense, war, and hunting.’ Says Mayer.