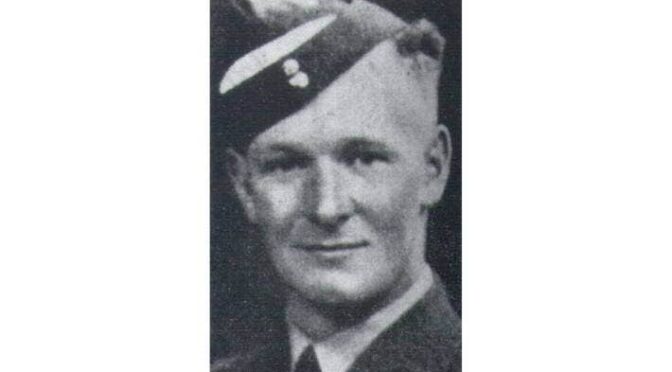 Stuff.co.nz reports that the remains of Sergeant Henry Pullar of the Royal New Zealand Airforce have been unearthed and identified in Germany. Pullar was a rear gunner on a British Short Stirling heavy bomber that was shot down in northwestern Germany in 1942.

The remains of Otautau man sergeant Henry Pullar were discovered buried among parts of a British World War II bomber plane that went down in 1942, according to DNA testing.

His niece Pam Compton said she and her family received written confirmation of the test results from Hamburg-Eppendorf University Hospital biologist Oliver Krebs in late December 2020.

“We were thrilled and stunned when we were told,” Compton, of Toowoomba in Queensland, said. September 1 marks the 80th anniversary of the start of the Second World War when Nazi Germany invaded Poland.

Discovery of the human remains and parts of the plane’s tail section buried more than five metres deep, were made in 2019, while redevelopment work was being done at Vechta Airport in Germany. Research by Compton showed the plane crashed tail-first into the ground.

Pullar was a rear gunner in the plane.

The group was called to the redevelopment site when aircraft parts started appearing during earthmoving work.

On the third day of examining the area clothing and human remains were found. A senior archaeologist at the Lower Saxony state office for the preservation of cultural heritage became involved in the findings, along with anthropologists of the forensic department of the University Medical Centre in Hamburg-Eppendorf.

“As more remains were found the forensic scientists from UKE Hamburg came to the site and removed them,” Compton said.

The bones were transferred to Hamburg-Eppendorf University Hospital, where biologist Oliver Krebs subsequently removed DNA from them.

“My family and I and the family and friends of the crew requested that the UK Ministry of Defence Joint Casualty & Compassionate Centre do DNA testing,” Compton said.

She had contacted and built up a network with the relatives of the other airmen after starting research on the life and war service of her uncle in 2016.

DNA samples from Compton and four others in her family were sent to Krebs who later confirmed the bones belonged to her uncle. Krebs sent an official confirmation to Compton by email on December 23, 2020.

The bones are still at the university’s forensic science department and will be kept there until the Commonwealth War Graves Commission is allowed, under Covid-19 regulations, to take them to Rheinberg War Cemetery in Germany. The bones will be placed in the communal grave which has the remains of five of the six other airmen on the plane.

The pilot has his own grave there.

“It’s a privilege to have found him [Pullar] after all this time, and to have closure when so many didn’t,” Compton said. Pullar, at 25, was the oldest of the seven crewmen on the British Short Stirling heavy bomber.

Identifying the plane and its crew was done from the personal details found on the pilot’s body which was thrown from the plane just before the crash, Compton said. The crew was initially buried in a Protestant cemetery in Vechta before being moved to the Rheinberg War Cemetery.

They each have a headstone at Rheinberg.

Pullar worked on his family’s farm before enlisting in the Royal New Zealand Airforce in March 1941, at the age of 23. He started his training at Levin and then went to Canada to join the Empire Air Training Scheme.

He was a member of the 75 NZ Squadron RAF and after more training in the UK, was posted to Newmarket in Suffolk.