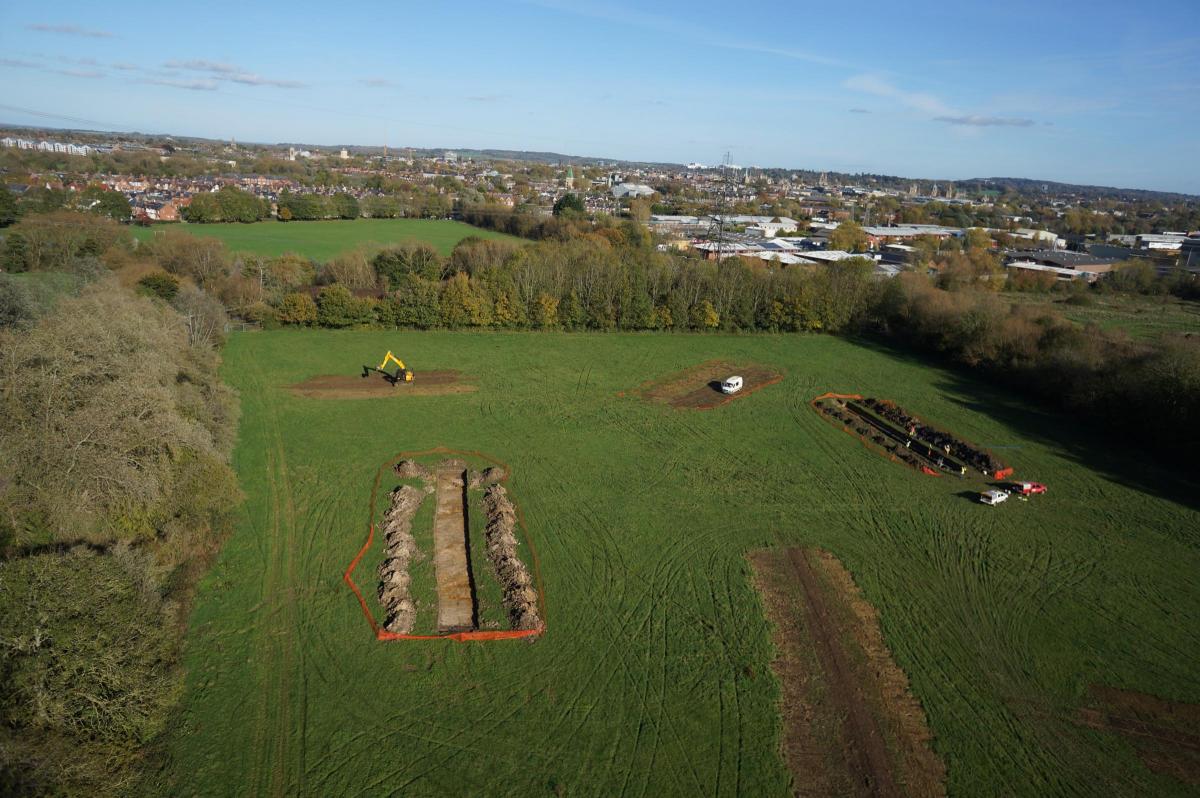 Oxford medieval road discovered under a field near Willow Walk

A ‘REMARKABLY intact’ Medieval stone causeway with horseshoes still lying on top of it has been uncovered beneath a field in Oxford.

Made of rounded river pebbles, limestone and chalk rocks, the cobbled road still has ruts in its surface made by cartwheels more than 500 years ago.

The pathway, next to Willow Walk, between Oatlands recreation ground in Botley and North Hinksey Lane, is one of several surprising discoveries made by archaeologists working on the Oxford Flood Alleviation Scheme.

Over the past three months, the team from Oxford Archaeology dug some 200 trenches along the three-mile route of the proposed £120m flood channel from Botley Road to South Hinksey.

Another of the most exciting finds which could change the history of Oxford was evidence of Iron or Bronze Age roundhouses in a field near South Hinksey – which could date back as far as 4,000 years.

“There are a number of roundhouses suggesting a small settlement which probably extends under South Hinksey.”

Fragments of pottery and animal bones will be examined over the coming weeks using radiocarbon dating, which will confirm the age of the discoveries.

Mr. Ford said: “We’re very excited about the prospect of further work on these roundhouse findings – especially the possibility they indicate that there has been a settlement at South Hinksey from the Bronze Age – we didn’t know that before.”In another area, the digging revealed an ancient track which seems to point towards New Hinksey.

The investigations are the first opportunity archaeologists have had to study this area of the Oxford floodplain in detail, and Mr. Ford said: “This gives us an unprecedented insight into the history of part of Oxford.”

The team found 6,000-year-old Mesolithic flints which will help develop an understanding of hunter-gatherers who lived in what is now Oxford.

With excavations now finished, the archaeologists hope to produce a final report early next year.

The archaeology has been funded by the Environment Agency in preparation for constructing the three-mile Oxford flood alleviation channel.

Uncertainty still hangs over the funding for the scheme, after the EA warned in September that it still needed to find the final £4.35m ‘by November’ or the scheme may have to be scrapped